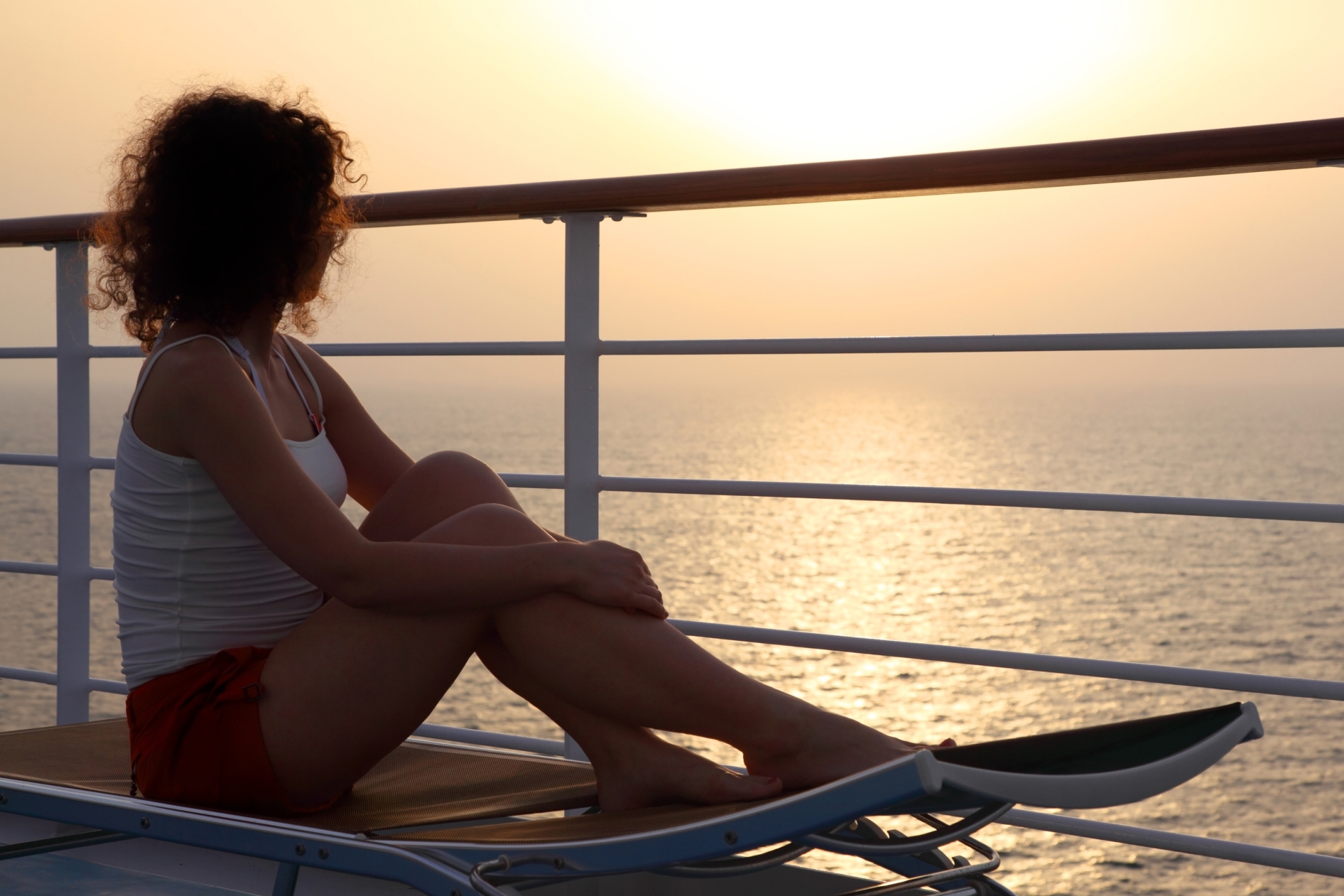 Carol is an Australian woman who suffered with severe recurrent UTIs and constant, debilitating pelvic pain for several decades.  The frequency and severity of her attacks were getting worse despite being treated each time.  Her situation had become dire.  In 2014, Carol’s GP agreed to start her on a chronic UTI treatment protocol used in the United Kingdom.  Thanks to this non-standard treatment approach, for the first time in over 25 years Carol reports she is finally free from her regular acute UTIs and constant pelvic pain.  You can read more about her experience here.

My annual UTIs became bi-monthly once I reached menopause

I am 66 and had been getting UTIs every six to eight weeks each year since I hit menopause at 41 years-of-age.  Before that I would get a UTI about once a year.  I asked my then GP how to stop getting constant UTIs and he simply said ‘stay away from your husband’.  I never went back to him.

I asked around for a good female GP and found an absolutely wonderful one just up the road from me.  I also went to a women’s health centre and the doctor there put me on prophylactic (low dose) Triprim to prevent new infections, but my bacteria became resistant to that after 6 months.  My local GP then put me on prophylactic Keflex and sent me to an urogynaecologist who said to continue the low dose Keflex, one every night before bed.  After a year my bacteria became resistant to that also and I continued to have breakthrough bladder infections every six to eight weeks.  The urogynaecologist then changed me to prophylactic Noroxin once a day, but after a year my bacteria became resistant to that as well and I continued having breakthrough infections, not to mention the terrible joint pain as a side effect which has never gone away.

I then stopped taking prophylactic antibiotics and was getting regular UTIs.  These infections were now being treated with Augmentin Duo Forte and responding well.  My GP gave me repeat prescriptions for Augmentin and also Triprim because Triprim started working again at times.

Whenever I got UTI symptoms I would put a urine test in at the lab.  But I found out that if I put a test in as soon as I had symptoms, the test would come back negative.  I discovered I needed to wait for 6 to 8 hours from the onset of symptoms before putting a test in if I wanted the infection to show up.  But of course by that time the bacteria had multiplied enormously and the pain was excruciating and the antibiotics took longer to heal it.

I was given three courses of Ciprofloxacin which did not fix my recurrent UTIs, but gave me HUGE problems with joints, muscles and tendons which still cause problems today.  I will never again touch fluoroquinolone antibiotics.  I was given Macrodantin/Nitrofurantoin, but after just one capsule I had the most terrible nerve pain through my body so was put back to Augmentin Duo Forte.

Whenever I got UTI symptoms I would put a urine test in at the lab. But I found out that if I put a test in as soon as I had symptoms, the test would come back negative.

My infections had become so bad I had to find a better solution to regular, short-course antibiotics

Between acute infections I was suffering from constant pelvic pain really quite badly.  I could no longer do anything that involved bending like gardening, making beds, cleaning lower cupboards. I could only walk for about five minutes before the pelvic pain became so bad I had to sit until it settled a bit.  The pain had become unbearable. By now the urogynaecologist had given up on me and said I would just have to keep taking whatever antibiotic worked whenever I got a new acute infection.

In 2012 I had resorted to doing my own research to find answers and came across an interstitial cystitis website.  I joined but everything I read said it was an incurable condition that was not caused by infection.  I did not accept that at all, I knew absolutely without a doubt that what I was experiencing was an ongoing infection that never completely went away.  With more research I came across a Facebook group who believed the same as I did, that we were all dealing with a chronic, embedded infection.  I was so relieved that so many women had the same UTI symptoms and more importantly the same belief that it was indeed an ongoing chronic bacterial infection.  I learnt that bacteria can burrow down into the bladder wall where they form bacterial reservoirs.  From these reservoirs, the bacteria continue to reinfect the bladder whenever there is a trigger.  So I was not experiencing a new UTI each time, as I had been led to believe.

People from the USA, UK, Australia and other countries were in this group.  There were many members who were being treated by a London professor for chronic UTI using long term antibiotics and they were getting better.  My normal GP had retired at this stage and I started seeing a new GP at the same clinic.  There was no way I could travel to the UK to get the help I needed to manage my recurrent UTIs, so  I took all the information I could about the London clinic to my new GP and asked if she could trial me on the same protocol.  She said she would read everything and to come back in a week.  She made contact with the London clinic about their treatment approach and informed me she was happy to start me on it.

I learnt that bacteria can burrow down into the bladder wall where they form bacterial reservoirs. From these reservoirs, the bacteria continue to reinfect the bladder whenever there is a trigger. So I was not experiencing a new UTI each time, as I had been led to believe.


In December 2014 I started with long-term Keflex.  For a few months I was fine, but then started getting breakthrough infections about every eight weeks.   When this happened, I was treated with Augmentin Duo Forte on top of the Keflex until symptoms settled.    After a year and a half of following this treatment protocol I was feeling so much better.  But much better isn’t completely better, and I wanted to be completely better.  So my GP and I increased my daily dose of Keflex.  This gave me good results, but I was still getting occasional breakthrough infections, but they were much less severe.  To support my antibiotics, I started adding in Colloidal Silver, Oil of Oregano (OoO) and D-Mannose powder which were also recommended by other patients.  This helped but hadn’t got rid of my symptoms completely.

By this time I was quite alarmed that my breakthrough infections showed bacteria with resistances to every antibiotic I had previously been given.  In October 2016 I got a sudden, very severe infection on a Saturday when my GP clinic was closed, so I went to the Emergency Department at the hospital.  I was given IV Gentamycin.   Two days later the infection was bad again.  My GP sent me back to the ED with a letter requesting two days of IV Gentamycin.  A week later the infection was back again!  I went straight to the ED and the doctor on duty commented about the bacterial resistances that were appearing.  I asked what happens when I become resistant to everything and he said you don’t become resistant you just need a bigger dose.  This is exactly the opinion of the Professor at the London clinic in terms of tackling resistant bacteria, so I felt quite relieved.    I was given IV Gentamycin again but was back at the ED a few days later.  This time I was given IV Gentamycin and Fosfomycin to be taken two days after the Gent.  This worked better than anything else.

How I self-managed further break-through infections while on treatment

In November 2016 my husband and I went on a cruise and I took my Augmentin Duo Forte stockpile with me.  I, of course, came down with a UTI, as I had expected, so I added in Augmentin.  But after the hospital doctor saying you just need a bigger dose, I took it every six hours (instead of every 12 hours) for two days as well as the Colloidal Silver and OoO.  We travelled to Vanuatu where I was able to buy two boxes of Augmentin Duo Forte without a prescription after showing the Pharmacist my original box.  I kept taking the Augmentin for three weeks as well as the Colloidal Silver and OoO and my symptoms settled.  After this time I stopped everything except Keflex, which I had been taking non-stop since the beginning of treatment.

In January 2017 I started to feel UTI symptoms coming on and immediately added in Augmentin for a week, which knocked it right on the head.  It is now August 2017 and I have not had any infection symptoms since January.  For someone who had been getting recurrent UTIs every 6 to 8 weeks for several decades, this is a HUGE miracle for me.

My long-term chronic UTI did not show any signs of being defeated with repeated short-course, standard dose antibiotics.  It has needed long-term, high dose antibiotics, much bigger doses than the GP normally prescribes for an acute UTI.  My bacteria just seem to have a bit of a giggle and a sleep with the standard dose.  I also now suspect the prophylactic (low-dose) antibiotic courses I had been given over the years were probably responsible for the bacterial resistances I had developed.

Now that I have been symptom-free and without any acute UTI attacks for over 7 months, my GP and I are talking about slowly reducing my Keflex.  This will be a test but I’m feeling confident that for the first time in years my constant, recurrent UTIs could be a thing of the past.

Carol is still being treated for an embedded UTI, but is happy to report she has been 100 percent pain free for the past two years.  After several  unsuccessful attempts to stop treatment earlier on (her painful symptoms returning with reduced antibiotic doses), she is gradually weaning her medication and having good results.  After four years of treatment, she is now feeling confident she will be off her UTI medication in the near future.

Editor’s Note:  The following article discusses how inaccuracies in antibiotic susceptibility testing are leading to practitioners making errors when prescribing antibiotics, People Are Not Petri Dishes – A New Study Shows Why Antibiotics Fail.