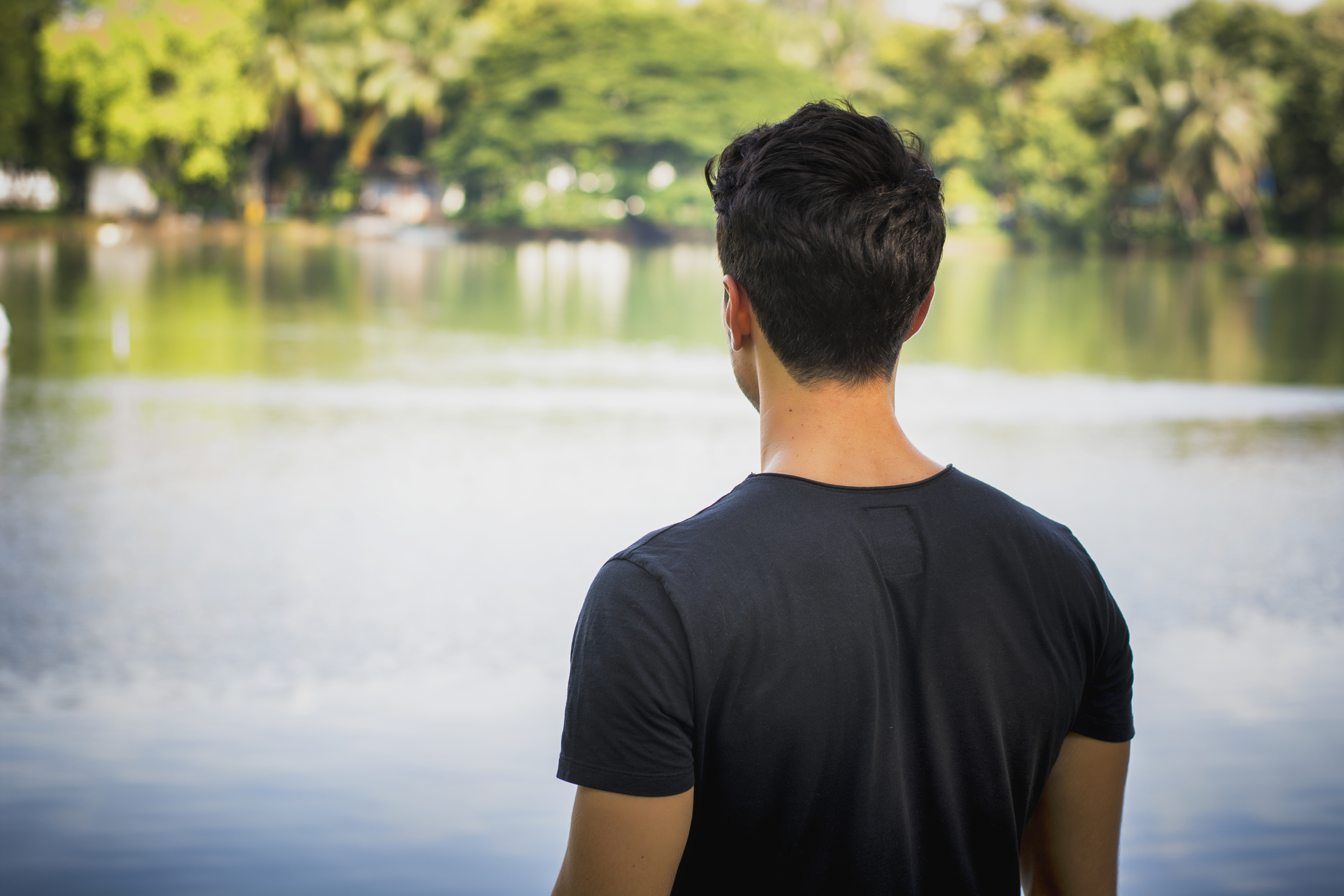 Craig had experienced a urinary tract infection (UTI) before.  When he next noticed the tell-tale symptoms of bladder and urethral stinging and frequency, he was confident things would be sorted when he saw his doctor.  Craig was wrong.   Despite having clear UTI symptoms, his tests came back negative.  Still suffering, he was referred to a sexual health clinic where blood and urine tests gave him a clean bill of health.  Feeling desperate for relief, Craig introduced some home remedies while waiting for an appointment with a men’s health specialist.  In the meantime, he managed to see a doctor specialising in chronic and recurrent UTI and other urinary disorders, and was diagnosed with a UTI.  After being properly treated, Craig’s recovery was rapid.  However, when he next experienced familiar UTI symptoms and another negative UTI test, his doctor opted to treat him for a urinary infection still and his symptoms resolved almost immediately.   Knowing how greatly others suffer from chronic UTIs, Craig feels fortunate he was able to break the cycle early before his infection became engrained.  He knows his outcome could have been completely different had his doctor continued to rely on UTI tests that were unable to identify his infection.  You can read more about Craig’s experience here.

My story isn’t a long one, for which I am grateful. If not for my meeting with Professor Malone-Lee, it could have been a much longer and  more unpleasant one.  I believe it roughly began in the middle of August 2016. I was working in a public entertainments job which involved a lot of high energy activity. I was on my feet a lot and in front of people for most of the day.

I had persistent UTI symptoms, but all my tests came back negative for infection

I began to experience a rather unpleasant stinging sensation down below. I had at this point experienced such a thing once before. Then I had gone straight to a private clinic and been tested, revealing I had a slight urinary infection. A simple course of antibiotics had cleared the problem away and I had not had any problems since. My job made it hard to get time off work but I managed it and again visited the clinic, hopeful that once again my problem would be solved quickly.

This time even though I felt UTI symptoms that were very similar, my tests came back negative for infection. It was recommended not to take any treatment and perhaps it would be better if I saw an expert in men’s health. However, at the time the cost was far too much, so instead I would go down the standard National Health Service (NHS) path. After all, if it was not showing up as an infection with the test, perhaps it was not as bad as I thought?

It was roughly two weeks till I could get an appointment at a sexual health clinic. Considering where the pain and discomfort were coming from I figured they would know best! During this whole time the burning sensation had become pretty constant in my bladder region. I had frequency and would need to go to the toilet almost every hour. The discomfort would sometimes feel like it left when I went to the bathroom but would return straight after. I could sleep and work, but I was constantly uncomfortable and stressed. The nature of my job meant going to the toilet all the time was difficult.

More negative tests and still nothing to explain my UTI symptoms

So, I finally had my clinic appointment. More urine samples were taken as well as blood tests. Sadly, it would be a two week wait roughly till the test results came back. So again, more waiting. Doing my best to endure. When the tests came back all was well. I was totally fine—at least regarding having a sexually transmitted infection. I asked why I was still in such discomfort. Could I have a mild UTI? The symptoms seemed to suggest so. I was told that was not really the field of the sexual health clinic, and it was a more common problem for women anyway. So, I was probably going to be fine. Just wait and see. If not, perhaps see a proper consultant.

This time even though I felt UTI symptoms that were very similar, my tests came back negative for infection. It was recommended not to take any treatment and perhaps it would be better if I saw an expert in men's health.

I did just that. I booked an appointment and I got my due date. I only had to wait another two or three months! It was now mid-October 2016. I still had not been given even a mild treatment for the constant bladder burning and discomfort. So, wait I did. I tried my best at work. I tried to cut down alcohol and caffeine and other irritants. I drank cranberry juice and herbal teas. Slowly the area of discomfort seemed to shrink a little. I thought perhaps it was just something I could tough out. But the process was very slow.

It was around November that Professor Malone-Lee (a specialist in treating urinary infections) was recommended to me. Even if it seemed I was getting better, he was an expert in the field and I could certainly get to see him sooner than the current long wait to see the men’s health specialist. I decided to give Professor Malone-Lee a go. We had an appointment lined up for about December—four months after my UTI symptoms first started.

I told the professor about my symptoms and he pretty much immediately said it sounded like I’d had a UTI.  For this he would normally have recommended a treatment of antibiotics straight away. While I said I was slowly starting to feel better, he told me such things have a habit of coming back. In case this happened, he gave me a personal prescription of antibiotics with the instructions that if I felt the symptoms come back, I was to go and collect the medication and treat myself on a course of up to one week. If that did not at least partially help, I was to return to see him.

I left feeling at least a little better. This was the first time someone had seemed to really consider my problems and actually offer a solution, even though it was perhaps one I did not need right now. My symptoms felt as though they had almost gone and I thought perhaps I would not need any treatment.  Sadly, that was not to be. Seven months after it all began, in March 2017, I was getting ready to go on a holiday to Lanzarotte. I am not sure if it was the different climate or something else, but my infection returned with force. Once again, I was in great burning discomfort and constantly in need of going to the toilet. Thankfully it did not ruin the holiday, but as soon as we returned home I filled the prescription and took  the recommended treatment.

And with said treatment, the pain and problems went away in a matter of days. By the end of the week I felt totally fine. More so, in fact, than I had felt for all the months leading up to this. It had taken five or six months for my original UTI symptoms to subside  using home remedies and diet changes. Thanks to the Professor, this time it had taken at most a week. I confess, I felt a little vindicated that the treatment I thought would work, had indeed worked.

The whole time the thing that shocked and depressed me most was those urine tests. Every single one kept coming back negative for infection, despite my clear discomfort.

My UTI symptoms came back again, but this time I knew how to break the cycle of negative UTI tests and no treatment

Due to issues in my work and life, I ended up having to reschedule the NHS appointment with the men’s health specialist, which meant it got pushed back even more months. I was hopeful my problems were solved so I did not mind too much. Another few months on I had a little surge of UTI symptoms again. Though this time the location on my person seemed slightly different. I went straight back to my original private clinic. This time I was not only more confident (thanks to Professor Malone-Lee), but I came armed with a letter from him, detailing his studies and his specialist view on my case. Even though my tests came back negative for infection (once again), the doctor was willing to give me a basic antibiotic course to see if it would help. And once again it did—removing all the symptoms within a week. I have not had the same level of problems since.

I did finally get the NHS appointment, which revealed that I was totally fine, of course. It’s a good thing I had taken all those treatments (the ones the NHS doctors had not provided). The whole time the thing that shocked and depressed me most was those urine tests. Every single one kept coming back negative for infection, despite my clear discomfort. From all the doctors I had seen, it was only the professor who suggested the standard tests should not be relied on to dictate whether you have a bladder infection and need treatment. And thanks to him, I have managed to get treatment when I needed it. Otherwise, I fear I would have just had to wait again, enduring more months of discomfort and pain.

Thankfully I have not had to visit the professor again. My problems do seem to have gone thanks to his treatment recommendations. I am very grateful for his assistance in not only getting me the starting treatment, but also for giving me the confidence to tell my other doctors what I need. At the time I thought the tests were right and I was in the wrong, so I went along with the idea that perhaps it was all in my head or it was just something minor I had to deal with and it would go away. I feel greatly for others who have far worse symptoms and are still not treated. There is nothing worse than knowing something is wrong with you and being told you are fine when you aren’t. I am thankful that at least my story is a short one, thanks to the Professor at least.