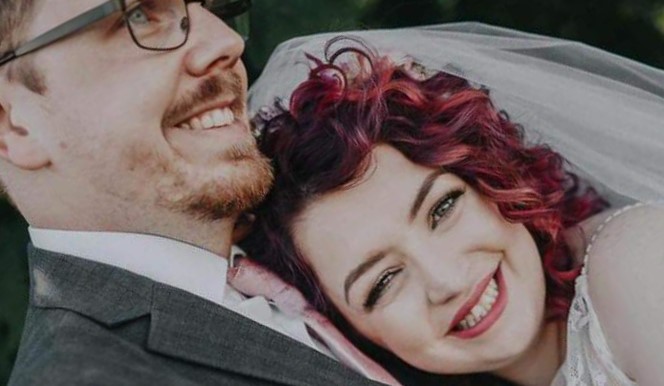 A common urinary tract infection left Danielle with chronic symptoms that doctors misdiagnosed as interstitial cystitis (IC)—an incurable, yet questionable, urinary syndrome that is now under heavy scrutiny.  Once she found a doctor who understood her condition, she began a treatment that targeted her infection.  Read more about Danielle’s story.

My symptoms were explained as interstitial cystitis

I was diagnosed with interstitial cystitis (IC) but it was actually a UTI.  Because the NHS is not funded correctly their tests haven’t been updated since the test was created, despite numerous studies showing that it is unreliable, at BEST 60% of the time (which numerous studies have proven even in the NHS).

I was told to live with “IC” and manage my thoughts of suicide.  I was told an overactive bladder and the pain I experienced was normal and that I just needed to exercise more and the pain would go away.

I was given leaflets on exercises and told to start swimming and drinking more water, despite already exercising and drinking enough water. A few doctors told me that women always come to the doctors for these symptoms.  One even told me his own wife “won’t stop complaining of pain ‘down there’ too”.

I also received plenty of unsolicited advice to manage my sex life, “Have a glass of wine before you have sex” or “Relax and try foreplay first”.

I lost my job as I could no longer sit in an office for more than ten minutes at a time. My managers didn’t understand the diagnosis or my feelings about it, they couldn’t understand why I was so sad. I had lost control of my bladder and couldn’t function without shaking.

I was told an overactive bladder and the pain I experienced was normal and that I just needed to exercise more and the pain would go away.

Trying to accept a diagnosis that I knew was wrong

I changed my diet and believed I had IC.  I joined all the Facebook groups where I was encouraged to ‘learn to colour and be creative’ and not focus too much on my symptoms.  I had reached the point of accepting my diagnosis and I had become part of the IC community. I was preparing to have my bladder removed (cystectomy) and I was raising awareness for IC charities.  My whole life was dark, I remember writing suicide notes out constantly.

I was aware IC was all I could talk about.  I lost friends and family because they thought I was trying to argue with the NHS and question the healthcare.  But it wasn’t that I was ungrateful for the NHS, but I wished there was something they could offer to stop my pain and suffering. It felt insane that a common UTI had left me with this incurable disease—“IC”.

It made no sense to me. I was having UTI symptoms and if I was given three weeks’ worth of antibiotics, taken twice a day, my pain and symptoms would disappear and I wouldn’t need my overactive bladder medication. But the urology insisted I was just trying to get more antibiotics and that I was “too obsessed with finding a cure”.  It was true–that’s one thing the urologist was right about!  Who wouldn’t want to find a cure for this horrible condition?  I didn’t understand why the NHS could not give me a month of antibiotics, to take twice a day, but I continued to be told it is against NICE guidelines for treating UTI in women.

My partner once tested out my theory that women with UTI aren’t being listened to.  He went to the doctor describing UTI pain (exactly like mine) and he got two weeks’ worth of antibiotics, without even supplying a urine sample.  But when I reported my (ongoing) UTI symptoms they wouldn’t prescribe antibiotics for me.  I would be given lifestyle suggestions like “try running” or “improve your wiping”.

When I looked back now,  I was constantly at my GP surgery crying.  Once I was taken into hospital because the pain was so bad that it couldn’t be controlled at home. Each time I went to the hospital, I would be discharged.  Once a staff member commented there was no way I could be in this much pain if I was still able to walk.

I was once told to go to A&E with a letter. I thought I was finally going to get someone to look at my bladder and my urethra (three years in and still no-one had suggested a cystoscopy, despite me asking for further investigations).  Sadly, it was a referral to the mental health team and I was prescribed anti-anxiety medications and anti-depressants.

I told them I wasn’t suicidal for no reason. I was in constant pain and I was suffering.  I needed someone to listen to me and believe that I was in pain, and I needed to NOT be in a pain. Instead, one medical professional told me “you can’t get pain killers so no point you asking for them”. I said I didn’t need a pain killer I needed antibiotics.  His patronising response was I would “misuse” them.

I needed someone to listen to me and believe that I was in pain, and I needed to NOT be in a pain.

Could I have an undiagnosed UTI?

I was in so much pain and completely defeated. I cried in the hallway on the floor, thinking I was destined to live like this forever.  One day a Google search directed me to a website that described a woman experiencing the same diagnosis and the same pain as me, but she’d been misdiagnosed and she had a chronic, but treatable, UTI!

That is when I found the studies and the academic research to show me that UTI testing is inaccurate and that interstitial cystitis is NOT an end diagnosis and overactive bladder is NOT an end diagnose. They were signs and symptoms of an infection that needed treating.

That was the first time I felt hope. I immediately removed myself from IC support groups and found more information online about chronic UTI and support groups I could join.

I had hope.  Instantly I felt mentally better knowing there was another way to examine my urine and an real explanation for my pain.

I spoke to my long-suffering female GP who was delighted to see what I had found.  She read through the research I brought to her and encouraged me to investigate it further.  The most important thing is she said she would support me. But unfortunately she couldn’t go against NHS guidelines and encouraged me to get private treatment.

I cannot tell you how nice it was to have access to her.  I was seriously contemplating having my bladder removed. When researching this option I had talked to other women who had had this procedure thinking the pain would go, but it never.  I was incredibly lucky I found this GP who was open to me finding a better solution.

When I discovered doctors who knew about chronic UTI

I learnt about two specialist in the UK.  I quickly booked an appointment in London and just had to wait for the appointment.  While waiting I discovered a private women’s health specialist and soon after I was diagnosed with a UTI and a yeast infection.

Having accessible UTI and vaginal swabs sent to me was a game changer. My GP received all the information and treatment recommendations and I finally had an answer. After taking antibiotic medication for a year, the NHS urology apologised to me and (at my insistence) removed the ‘IC’ diagnosis from my health records.

It’s worrying that IC is still a diagnosis and one that is growing in the NHS. We see women being prescribed shorter and weaker antibiotic treatments for UTI.  As a result, many women are suffering more with UTIs that don’t go away or UTI symptoms that become worse.  I believe if UTIs were treated properly in the first instance, then reoccurrences would be minimal, and we wouldn’t have to rely on repeat or longer courses of antibiotics.

If I had listened to the NHS and not fought for myself, I know I would never have got better.

My life now my infection is being treated

My treatment was methenamine hippurate (Hiprex), a urinary tract antiseptic drug, combined with long term antibiotics taken twice a day.  The pain slowly went away, and it has been a year now since my last UTI.

I cannot believe I was left disabled and told to claim benefits because I couldn’t work.  Now I am back in full time work and exercising and having a regular life.

If I had listened to the NHS and not fought for myself, I know I would never have got better. I would be living with a suprapubic catheter as the urologists kept suggesting.

Giving people invasive and painful procedures and testing and ‘treatment’ should be the last resort.  Women are still not being taken seriously. Getting my bladder removed was an option that urologists kept pushing me to do, yet antibiotics and methenamine hippurate worked when I was taken seriously.

These mistakes are being made every day. Doctors are relying on inaccurate UTI tests and prescribing shorter and lower dose antibiotic courses for UTI.  I strongly believe that if people with UTI, or people reporting UTI symptoms, were taken seriously and they were treated properly at the onset, very few infections would turn chronic.

Methenamine hippurate has been proved to be effective in the treatment/prevention of UTIs as far back as 1975 and more recently published in the BMJ in 2022.  Yet it is still not prescribed, or even know about, by many GP surgeries, despite the fact you can buy it over-the-counter.

We need to be giving women options for UTI and not just hand out three-day course of antibiotics and send them away.  It frustrates me that antibiotic resistance is peddled as the reason doctors are reluctant to prescribe antibiotics for women with UTI symptoms, yet there has been little uptake by doctors to prescribe methenamine hippurate.