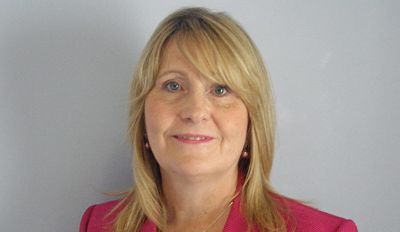 Jane was diagnosed with interstitial cystitis (IC) after having persistent UTI symptoms that her doctor put down to over active bladder (OAB) and possibly gynae problems.  Despite the shock diagnosis, she discovered her symptoms miraculously disappeared when she took a long course of antibiotics and she remained well for another 10 years.  She was distraught when her UTI symptoms returned, so she sought treatment from a chronic UTI specialist.  There was gradual improvement on long-term, full dose antibiotics, but her recovery really accelerated when she was diagnosed with vaginal atrophy and began localised oestrogen and then systemic hormone replacement therapy (HRT).  Read more about Jane’s recovery here.

My problem started with an untreated UTI


In 2003 I went to my GP with a urine infection because I had the constant urge to pee and a pain as if  I was being stabbed upwards into my vagina with a sharp long knife. He didn’t prescribe antibiotics—he didn’t think it necessary! Instead he gave me Oxybutnin for overactive bladder, which made me even worse. I went back on numerous occasions, but still he refused antibiotics. My symptoms didn’t go away and after numerous visits to the GP he referred me to a gynaecologist as he believed it was a gynae issue, although he didn’t explain what sort of gynae issue he thought it was.

I was put under a general anaesthetic and what the gynaecologist saw shocked her. My bladder didn’t look like it should. There was a urologist in the next operating theatre, so she called him in to look. He diagnosed me with interstitial cystitis and distended my bladder. When I came around from the op my husband told me that the gynaecologist had been to see him and that I had a chronic condition called interstitial cystitis (IC). I asked him what “chronic” meant and he said it meant that it’s a long-term condition. I was so distraught! The next day the consultant came to see me and gave me a prescription for antibiotics in case I got a UTI.  He said that I may need my bladder stretched every few months.  I was offered no pain relief at all.  However, he did send me to see a lady in the room opposite who was also diagnosed with the condition years before and who was having her bladder stretched regularly.  This scared the life out of me—to think I would be suffering with this for the rest of my life.

I had the constant urge to pee and a pain as if I was being stabbed upwards into my vagina with a sharp long knife. He didn’t prescribe antibiotics – he didn’t think it necessary!

Despair turned to relief when I found antibiotics resolved my symptoms

I did actually feel suicidal for a while. I was put on antidepressants, which helped slightly.  Then a few months later we went to France. I had this idea that really what I had was a UTI.  So, when we were there I bought a lot of over-the-counter antibiotics and treated myself (they were called Rufol). I took these for about six weeks until the symptoms went!! The pain went and the constant urge to pee went!! It was a miracle.

Ten blissful years of no symptoms apart from the odd twinge here and there. It was amazing. Then fast forward to November 2014 when it reared its ugly head again. The constant urge to pee came back.  I can only think that the trigger was some mulled wine because the symptoms began shortly afterwards.

I looked for a doctor who treated chronic UTI

I was told about this new idea that IC was in fact an embedded infection and I sought help from Dr Cat Anderson (who prescribes based on the bacteria found present in the urine). I had periods of no symptoms at all and then flare-ups.  I was treated by Dr Anderson for a few years.  I did have symptom free periods during this time, but the symptoms always came back.  During this time I had various bacteria show in my urine—the strangest of which was Ralstonia Picketti, which comes from soil and can grow in a biofilm inside plastic water pipes.

Eventually I found Dr Ased Ali who also prescribes based on bacteria found. I went for a consultation and he examined me and at that time also told me I had vaginal atrophy and prescribed Vagifem.  I didn’t think vaginal atrophy was a big deal so I didn’t use the Vagifem.  I didn’t realise the connection between lack of vaginal oestrogen and UTIs.  I wish I had used the Vagifem, but the leaflet scared the life out of me.  However, that leaflet is outdated information and it is very safe.  I sent my urine for testing and based on each urine test I did I had numerous rounds of antibiotics and periods of no symptoms at all.

I went for a consultation and he examined me and at that time also told me I had vaginal atrophy and prescribed Vagifem. I didn't think vaginal atrophy was a big deal so I didn't use the Vagifem!

Vaginal atrophy was another piece of my UTI puzzle

In November 2019 I started having the most horrendous burning which I thought was a UTI.  My GP diagnosed vaginal atrophy (VA) and prescribed Vagifem.  This time I was in so much burning pain that  I started using the Vagifem and I joined a very knowledgeable Vaginal Atrophy group on Facebook started up by Jane Lewis. I also bought the book “Me and My Menopausal Vagina”.   After a few months the burning went and the UTI symptoms went.  The final piece of the puzzle was using Vagifem (local oestrogen). I didn’t know that vaginal atrophy could cause UTIs and UTI symptoms.   When I first started to use the Vagifem it made my symptoms worse, but I continued and also used some oestrogen cream on my vulvar.  I will be using both of these for the rest of my life.  I have also started systemic HRT.

I have been symptom free for a few months and hoping to stay this way forever.  I use dipsticks every time I pee to see if there is any trace of blood or leukocytes in my urine.  This may seem a lot, but if I do get any sign of an infection, I want to catch it early.  The vaginal atrophy does cause vaginal burning from time to time (as this is also a condition that flares). It’s been a very long journey for me, but hopefully I will stay well for many years to come. Don’t give up hope of finding an answer!

This journey has left me with depression/anxiety and OCD.  I have started taking Sertraline (Zoloft) and hope it helps me.  Stay strong.

I have been symptom free for a few months and hoping to stay this way forever. I use dipsticks every time I pee to see if there is any trace of blood or leukocytes in my urine. This may seem a lot, but if I do get any sign of an infection, I want to catch it early.