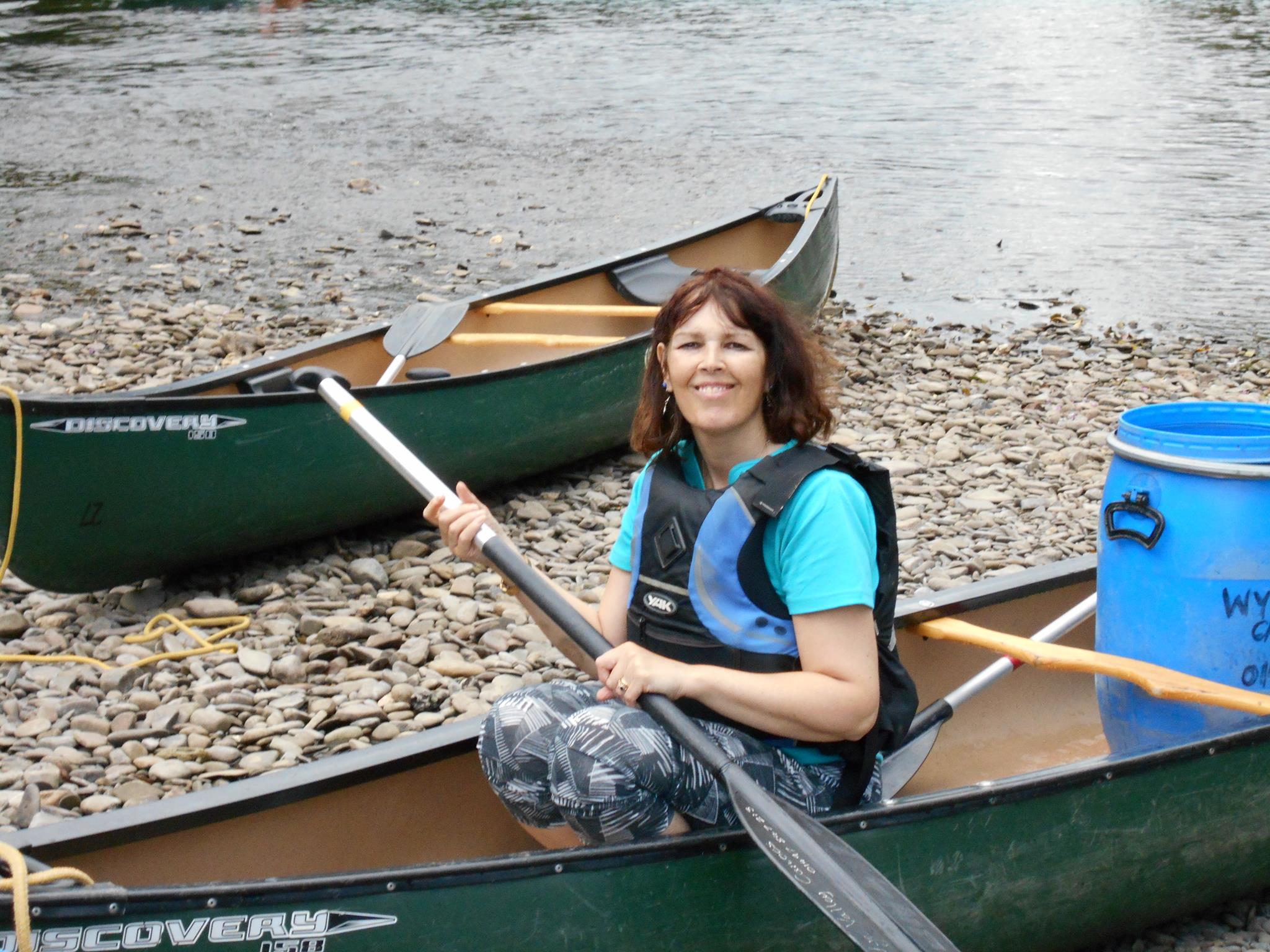 When Jean started having ‘women’s issues’ after menopause, she had no idea a UTI would send her health into such decline.  Repeat negative UTI tests misled her doctors into thinking there was no infection and she was prescribed antidepressants to deal with her growing state of panic.  In a determined effort to find better answers, she was relieved to be diagnosed with a chronic UTI and was immediately started on treatment.  She soon discovered a combination of a urinary antiseptic and Chinese herbal medicine was her answer.  Jean is convinced chronic UTI is a multi-faceted condition that requires an approach to heal the body, mind and soul.   Read more about how Jean healed her chronic UTI and reclaimed her life.


I am a 54-year-old lady who lives in Swindon in the United Kingdom.  I am married and have a son and work as a medical secretary in a GP surgery.  I do not have a history of recurrent UTIs, and my bladder has always been good.  I am post-menopausal and in October 2015 I began to experience significant vaginal discomfort.  A young female GP was very dismissive, and I tried to just learn to live with it.  Looking back, I think this weakened my vaginal and bladder wall.

However, by March 2016 I had started to notice spotting of blood and was forced to return to the doctors.  This time I insisted on seeing my usual older male doctor who was horrified.  He was unbelievably kind and diagnosed severe vaginal atrophy.  I was prescribed Vagifem (oestrogen pessaries) and Amitriptyline 20mgs (an antidepressant that can also be helpful for neuropathic pain) for the nerve pain.  I improved quickly and by August I was back to normal and had come off the Amitriptyline.

In early January 2017 I had a nasty virus and felt dreadful with fatigue and aches and pains.  I also started to experience some frequency of urine and had lower abdominal, vaginal and urethral pain.  I saw my GP who examined me and said it wasn’t vaginal atrophy again as everything there looked good.  He sent off an MSU sample in case of a UTI, but this came back negative.   I was advised to take Ibuprofen (analgesia) and rest.

The fatigue and aches and pains went fairly quickly, but the urethral discomfort became more of a burning feeling with occasional ‘electric shocks’.  It became unbearable despite regular pain killers and it was disturbing my sleep.  I was put back on Amitriptyline.  I was convinced I had a UTI, but numerous urine samples came back negative.  I was offered antidepressants to try and calm me down, as by now I was anxious and panicky.

The only way I could continue to work was by applying ice to my urethral area to ease the burning.  I would use one ice pack and keep another two in the fridge at work and then alternate them during the day.  The Amitriptyline helped with the feelings of electric shock type pain.  I was referred to a urogynaecologist who diagnosed me with interstitial cystitis (IC) and recommended a bladder hydro-distension followed by bladder instillations.  This sounded frightening and slightly barbaric.

I was convinced I had a UTI, but numerous urine samples came back negative. I was offered antidepressants to try and calm me down, as by now I was anxious and panicky.

By mid-April I had done some research and learnt that there was someone in London who was treating people like me who had a chronic urinary tract infection.  His name was Professor James Malone-Lee.  At the end of May I travelled to London to see him privately.  He was very kind and, above all, he listened carefully to my symptoms and my story.  He stated I did in fact have a significant urinary infection with a high white blood cell count.  He assured me that I would get better but it would take some time and patience, and I may require treatment for a year.  He started me on a broad-based antibiotic and I was to add Hiprex (a urinary disinfectant) in two weeks’ time.  I came home happy and hopeful that finally something could be done to help me.

After three weeks on the antibiotics, I developed dreadful thrush and was in agony and could not go to work.  I was in despair.  A friend of mine on a UTI support website suggested I try Chinese herbal medicine.  I was sceptical but I had nothing to lose.  I saw a Chinese herbalist in London who made up a formula specific to me.  He took a full medical history including my mental state, which by now was poor.  The Chinese herbs were in a sachet form and I drank them as a tea twice a day.  They tasted absolutely revolting, but I persevered.  I also continued to take the Hiprex prescribed by Professor Malone-Lee.

Chinese herbal medicine and Hiprex was the winning combination

My mood was the first thing to lift and I had more energy.  My pain and frequency improved, and I was able to sleep at night with only one or two interruptions to go to the toilet.  The urethral burning was still there, but by now it wasn’t constant as it had been, and there were periods of the day when there was no burning.

I took the herbs from early June to the end of October and then felt well enough to stop them.  This was a financial relief as they were quite expensive.  I continued on the Hiprex until August 2018 and then I stopped these as well.  In total, I took the Chinese herbs for four and a half months and the Hiprex for about fifteen months.

My recovery was steady and consistent.  During my recovery I was also referred to an NHS women’s physiotherapist who showed me how to use trigger release massage to relax my pelvic area, as I was carrying a lot of tension there (not surprising with the pain I was in).  This helped me enormously and I still use this technique if I feel tense down there.  I began going to a weekly Pilates class and I still go to this (as does my husband!).  This has helped my strength and mobility and it is astonishing what I can now do compared to how I was when I started.

My mood was the first thing to lift and I had more energy. My pain and frequency improved, and I was able to sleep at night with only one or two interruptions to go to the toilet. The urethral burning was still there but by now it wasn’t constant as it had been and there were periods of the day when there was no burning.

After the trauma of the chronic UTI, it was time to work on my mental health

I made determined efforts to improve my mental health and resilience and went on a NHS Introduction to Mindfulness course.  This was a revelation to me and I still do mindfulness regularly.  I began to write a ‘gratitude diary’ and this helped me to be grateful for what I did have—family, home, friends.  A charity called ‘No Panic’ helped me deal with my anxiety.  I have always been prone to anxiety, but this rocketed when my urethral pain and burning was at its worst.

I also have a past history of post traumatic stress disorder (PTSD), having tried to resuscitate my elderly father when he had collapsed.  I was his carer and went to put him to bed one night.  I found him collapsed but with a faint pulse.  I am trained in first aid as I work at a doctors’ surgery.  I tried to resuscitate him, but he died in my arms.  I experienced flashbacks following this and some sleep issues.  I have included this as I think sometimes a shock like this can make us more susceptible to contracting a viral or bacterial infection by weakening our immune system.

I now work as a trained volunteer for ‘No Panic’ and gain enormous satisfaction from helping others understand and overcome their anxiety.

Well done to everyone who has got this far in reading my blog.  I am sorry it is so long, but having an embedded UTI was devastating to me, and at times I despaired of ever living a normal life again.  There were also times when I came close to giving up, as recovery was a long and difficult journey.

There is always hope and you can get better from this horrible and debilitating illness.  Seeing Professor Malone-Lee was a big breakthrough for me—up until then I did not understand what was happening to me.  He reassured me I would get better from this and also counselled me against bladder hydro-distension.  The Hiprex prevented the infection embedding further into my bladder and the Chinese herbal medicine lifted my immune system so that my system could fight the infection. The physiotherapy and Pilates helped me mend physically in my pelvic area and the mindfulness and work with ‘No Panic’ lifted my mental state.

I do not believe there is a ‘magic cure’, as such, and you do need to employ a multi-disciplinary approach.   Having a chronic urinary tract infection was a terrifying experience but it has made me a stronger and more resilient person.  I now have a different perspective on life and I am grateful for the little things in life and no longer agonise about things I cannot change.  Above all, I derived great benefit from a couple of support groups that I joined and have made some strong friendships as a result.

I am living proof you can recover

Have faith that you can get better from what you are going through, as I am living proof of this.  Two years ago, I was in extreme pain and taking both analgesia and antidepressants.  I was on the point of giving up work and giving up on life in general.  Now I am entirely symptom-free and living a normal life.  I can eat and drink what I want (including alcohol) and I can even go swimming.  Find what works for you and stick with it—and you will become well again and get your life back.  Good luck and best wishes on your journey.

I do not believe there is a ‘magic cure’ as such and you do need to employ a multi-disciplinary approach. Having a chronic urinary tract infection was a terrifying experience but it has made me a stronger and more resilient person.