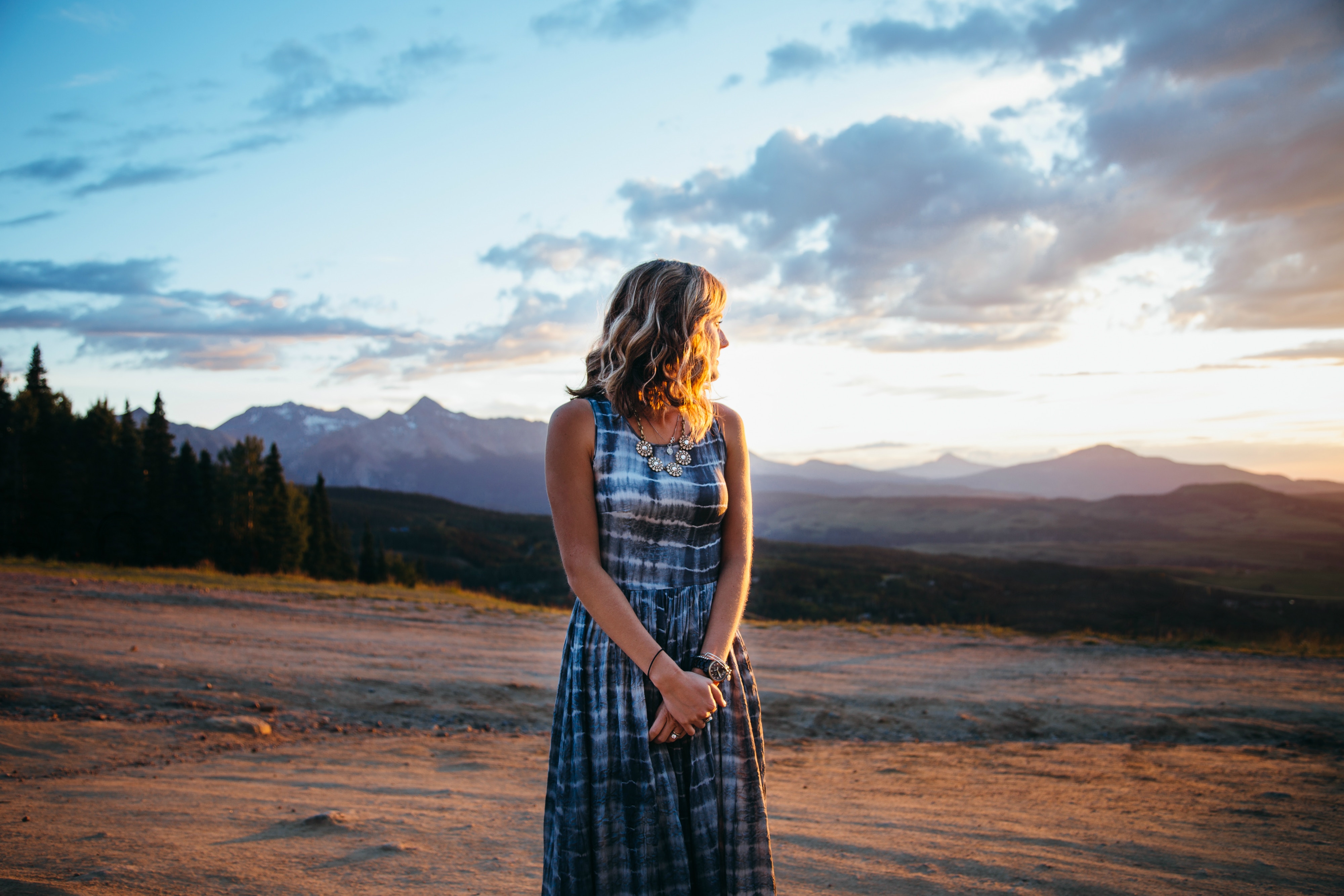 Michele developed a septic UTI at the age of 21.  This was the start of nearly three decades of recurrent UTIs, persistent UTI symptoms, negative tests, positive tests, doctors’ appointment, invasive procedures and much ongoing pain and suffering for her.  When she was searching online for explanations for her mysterious condition, Michele came across an online support group for people with embedded, chronic UTIs.  This was an important turning point that led her to find other women who were being treated by a chronic UTI specialist in the United Kingdom and, a little later, another based in the United States.  Michele consulted with both doctors in person.  With just over a year of treatment, she can now lead a normal life and says she hasn’t felt this good in years.  Read more about Michele’s chronic UTI story.

My UTIs started when I was 21


It all began when I was 21 years old. I was in graduate school at the University of New Mexico. I was feeling so tired all the time. No amount of sleep was enough.  My symptoms also included pain or tenderness in the abdomen,  nausea, bloating, burning while urinating and increased frequency.  But I was young, had never had a UTI and didn’t have a clue what was going on.  Finally, I had to go to the emergency room (ER).  Something was seriously wrong. I was diagnosed with a septic urinary tract infection (UTI). I was hospitalised and put on IV antibiotics for several days. Upon being discharged, I left with 10 days of oral antibiotics. This was supposed to be the end of my UTI. But it was only the beginning of a horrific chapter of my life.

You see, I started feeling much better but I never fully recovered from the infection. Before long, symptoms of pelvic pain, increased urination followed by the inability to urinate and severe pain and nausea would reappear.   My right kidney would also start to hurt.  And I would end up returning to the ER again. The same diagnosis of UTI. This cycle, or should I say nightmare, continued for the next 26 years. During this time, I went to urologists, nephrologists, infectious disease doctors, primary care physicians, colorectal doctors and the list goes on and on. I can’t even recall the number of doctors, amount of money and specialists I saw. I had one nephrologist, a female, that would provide me with antibiotics regardless of my urine results (my dipsticks or cultures would sometimes be positive and other times, negative). She acknowledged and treated my UTI symptoms regardless of the negative tests. She knew I was genuine and very sick. She understood I was in relentless pain and that I only wanted to feel normal again.

When I was taking antibiotics I was fine

Eventually this doctor retired and I was in another hopeless cycle of my life. When I was taking antibiotics, I was fine. But year after year, I would spend more months on antibiotics than off. Horrifying and devastating events happened to me during those years. Sometimes my urine and dipstick tests would come back negative, but I still knew I had a UTI. So, I would force myself to wait days, weeks, or longer, for my infection to become severe enough that bacterial counts would reach the threshold and I would finally test ‘positive’ and be prescribed antibiotics.  You see, doctors don’t believe patients anymore. They believe the tests. And what patients know is tests aren’t always accurate.

Fast forward decades and DNA testing became commercially available in the United States and I was connected to a primary care doctor who would order the test. The DNA test showed I had four types of bacteria. The proof I needed! But once again, only short-term antibiotics were prescribed to treat the bacteria identified. On top of this, antibiotic resistance was becoming a concern and antibiotic stewardship was at the forefront for doctors and this made it even harder to get adequate treatment for UTIs.  You see, short-term antibiotic treatment will NOT cure a chronic UTI. These infections are not new acute infections and can’t be treated as such. They are infections that have become chronic because they’ve never been fully treated.

Sometimes my urine and dipstick tests would come back negative, but I still knew I had a UTI. So, I would force myself to wait days, weeks, or longer, for my infection to become severe enough that bacterial counts would reach the threshold and I would finally test positive and be prescribed antibiotics.

Doctors are terrified to treat us. That is IF they believe us. Most refer us to urologists, who run numerous tests and procedures. Only to tell you that all is fine. At best, if you test positive for a UTI, they might prescribe a standard course of antibiotics and a couple months of low / prophylactic dose antibiotics. Best of luck! And when you come back with the same symptoms, you’ll be diagnosed with a ‘new’ UTI if your test is positive (which is really the original one not treated correctly), or even worse, interstitial cystitis (IC).  IC is basically a group of UTI symptoms that they don’t know what to do with. You’ll be advised to follow a specific diet and off you go!

Why is this? I have several theories. Maybe doctors truly don’t know what to do? Maybe medical school has misinformed these intelligent humans about IC and chronic UTI. Some doctors cannot think outside the box. Most are rushed and don’t have time to spend on an issue they don’t really understand.  Most cannot wrap their minds around intracellular bacteria and biofilms in the bladder and long-term antibiotic treatment. Maybe some lack empathy?

If I had a dime for all these comments/questions from doctors that just don’t help: “Are you peeing after sex?” “Wipe from front to back.” “Have you tried cranberry juice?” “Keep that area clean.” “Don’t hold your pee.” “Go every two hours.” “Try garlic, turmeric, D-mannose, oil of oregano.” “Nothing is wrong with you.”  “You must just be depressed.  You should see a psychiatrist.” And the list goes on and on.

My life turned around when I discovered an online support group

In September 2018 my life started to turn around. I was at the end of my rope. While typing goodbye letters to my daughter and husband—not because I was suicidal but because I knew I couldn’t live much longer with this illness—I found a UTI support group on-line. It was titled Embedded/Chronic UTI Support Group. I started reading the files and stories.

From this day on, I knew I had a chronic embedded UTI. It only took a few weeks of reading information and my husband and I knew we had to go to the UK (London) and see Professor Malone-Lee. I made an appointment and booked our flight.

In the UK, Professor Malone-Lee interviewed me using a list of symptoms and treatment/tests were conducted.  He also looked at a fresh urine sample under a microscope and counted epithelial and white cells. Symptoms and cell counts confirmed I had an embedded UTI and my long awaited treatment began.  It is a journey of gradual decrease of pain and symptoms.  With many ‘flares’ or return of symptoms again and again, but always less severe each time. After almost a year of treatment with the Professor (one face-to-face appointment and then tele- health appointments), I found a specialist in the US to take over my care as he follows a full dose, long-term antibiotic treatment plan also.  Dr Stewart Bundrick (Jr.), a seasoned urologist, has taken over my care and prescribes me the necessary medication.   Again, you must see him face-to-face once and then you can resume services via tele health.  I’ve been on a treatment protocol for chronic UTI that prescribes long-term, full dose antibiotics for 14 months now. I’m 95% better and living a completely normal life. I’m feeling good—better than I have felt in decades!

My local doctor is supportive of my treatment.  She knows several women similar to me and I have given her information to pass on.  She unfortunately doesn’t feel comfortable prescribing antibiotics as they need to be prescribed due to the stigma associated with antibiotic overuse and lack of understanding for patients with our condition.

Symptoms and cell counts confirmed I had an embedded UTI and my long awaited treatment began. It is a journey of gradual decrease of pain and symptoms. With many flares or return of symptoms again and again, but always less severe each time.

I must give a plug for both Professor Malone-Lee and Dr Stewart Bundrick (Jr.) as they are both my saving grace here.  Earthly angels willing to listen to their patients, treat us with empathy and respect and provide the antibiotics/treatment plan necessary to heal the many who are fortunate enough to find them.   This condition is growing at an alarming rate. The on-line support group had 600 members when I joined in 2018 and now has over 4,700 members. But the number of doctors open to learn about treating this form of infection is not growing. The resistance to understanding and treating this condition is overwhelmingly discouraging. This is mainly a female problem. Would this continue if it were mainly a male issue? Not a chance! Spreading awareness and demanding change is our only hope.

For those of you in treatment, I encourage you to stay on the treatment path.  Do not get discouraged.  It is a long and slow recovery with many speedbumps and obstacles along the way.  Don’t give up!   Find an antibiotic that you can tolerate and that eases your symptoms.  Keep vaginal yeast under control with vaginal creams or oral antifungal prescriptions.  Continue the course as it will pay off in the end.  I am living proof that this treatment plan is the way to successfully treat embedded UTI’s.