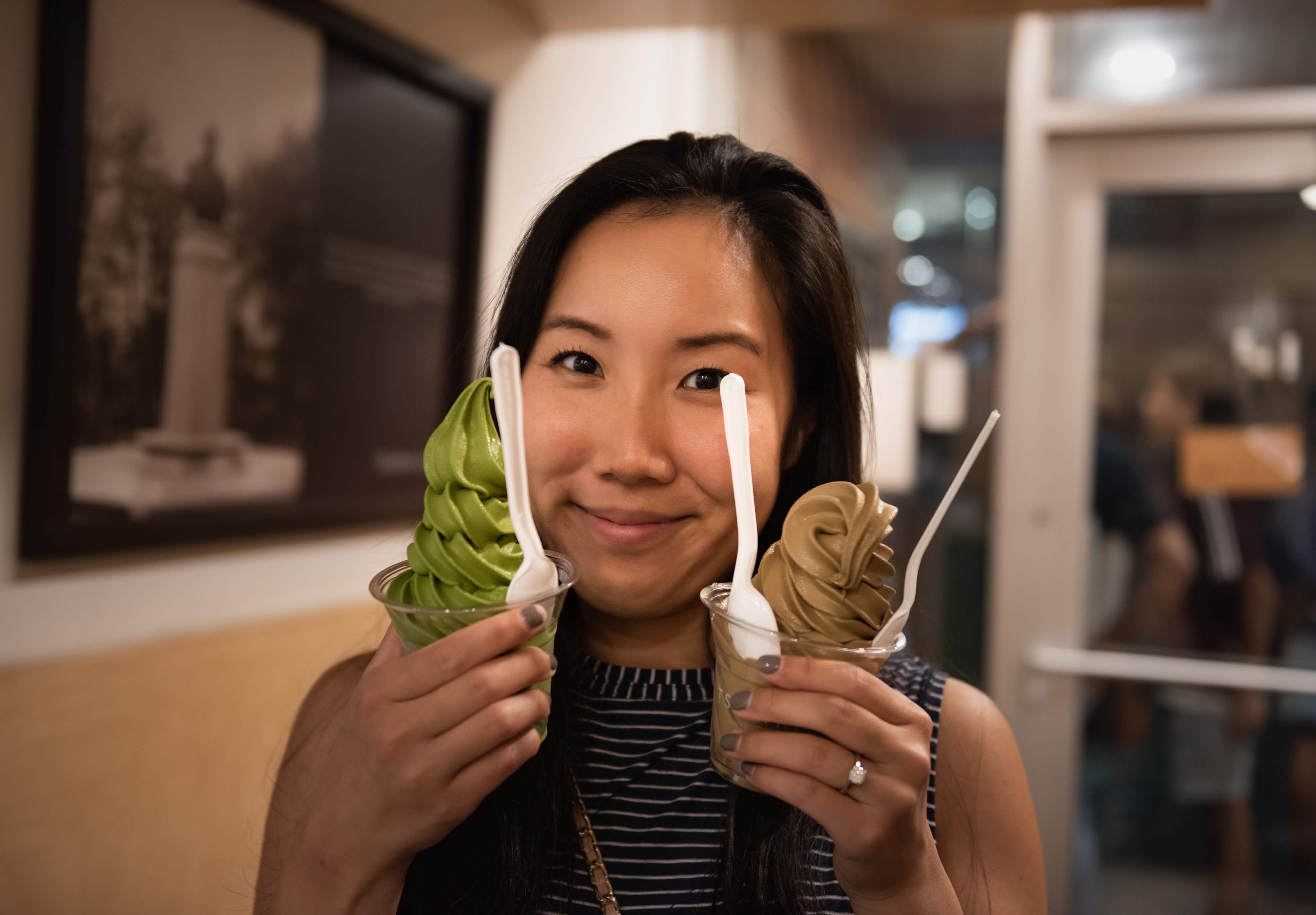 Naomi is a young Canadian woman who experienced her first UTI at the age of 19.  Following typical antibiotic  treatment, she was left with vague UTI symptoms that became an unwelcome daily companion.  Within the following year, her symptoms gradually escalated into bi-monthly acute UTI attacks.   Naomi’s doctor found an antibiotic solution that quickly brought her infections under control, but she was unsure how to stop the recurrent UTIs from striking at random and dominating her life.  While being treated by a popular Calgary acupuncturist for unrelated back pain, the practitioner suggested acupuncture might help her recurrent UTIs as well.  Naomi, now aged 29, felt she had nothing to lose and started acupuncture treatment targeting her urinary tract in January 2019.  She reports she has not had an acute UTI, or required antibiotics, in almost a year.  You can read more about Naomi’s acupuncture experience here.


My bladder problems began when I was 19 years old. At first, I found myself going to the bathroom every five minutes with the biggest urge to pee.  When I would go, barely anything would come out—but it never burned (dysuria). It was so odd.   I ended up seeing my doctor and none of my urine results came back positive for a UTI.  The doctor treated me for a UTI anyway, but it didn’t help at all.

I continued to have symptoms (the urge to pee).  Some months it was a little better, other months it was worse.  Then at about the age of 20, I had my very first official UTI.  That was the first of many to come. Sometimes my UTI tests would come back negative, but I would be prescribed antibiotics anyway.  Macrobid usually did the trick.  When I noticed symptoms starting, the burning would slowly get worse over a few days.  But more recently my UTIs would progress to burning within 30 minutes of me feeling any symptoms, with pain going from zero to a million.  It was no longer my typical slow burn that would worsen over the course of a few days.  It has become instantly unbearable. This was when Macrobid stopped working for me. It turned out the tests were showing I had a different bacterium causing my UTIs.  I don’t know what it was called, but unfortunately Ciprofloxacin seemed to be the only antibiotic that would work.

By now I was getting recurrent UTIs every other month

By now I was getting UTIs every second month.  It was this same, new bacterium showing up every single time over the course of about a year—it was driving me insane! I would still have symptoms here and there between acute attacks. I always felt like I had to pee (but not a crazy urge), I always felt like I wasn’t emptying out my bladder completely, I would sometimes (quite often) feel a tiny burn at the end of my pees, and my lower abdominal area always felt a little bloated. My UTIs had ruined my sex life, I had anxiety every time I peed, I was depressed and I was just miserable. Doctors always told me it was unfortunately a ‘woman’s thing’ and that once I had a UTI, I would be susceptible to them for the rest of my life.

My UTIs had ruined my sex life, I had anxiety every time I peed, I was depressed, I was just miserable. Doctors always told me it was unfortunately a ‘woman’s thing’ and that once I had a UTI, I would be susceptible to them for the rest of my life.

A little backstory before I begin my success story

I had also been suffering from chronic back pain since I was 11. Doctors always told me I was too young for back pain and that I just needed to stretch and exercise more. I’m now 29 and I still hear the same things from my doctor. Nothing had ever helped my back pain.  I tried a chiropractor, massages, physiotherapy, yoga, other exercises, etc).  So, I told myself I just needed to suck it up because nothing was helping.

After three months (and three acupuncture treatments), I realised I had stopped complaining/thinking about my back. It was a miracle! I couldn’t believe it! I continued to see the practitioner once a month.  I still have appointments to this day.

Acupuncture had fixed my back pain but could it fix my chronic UTI?

During one of my acupuncture treatments for my back, I told her that I might have to use the bathroom during the session because I was still getting over a UTI. She asked if I had a history of UTIs.  I told her I was getting them every second month, and that I had been getting them since I was 19.   My mother and sister also deal with the same issue, so I mentioned I thought it might be genetic. Her next response was “Why didn’t you tell me sooner?! I can help you!” I was in disbelief. I didn’t believe acupuncture would help my chronic back pain, but it did; I realised the needles obviously did something to release the muscles in my back. However, when she mentioned she could help my chronic UTI problem, I thought to myself, “How the hell could these needles work to prevent bacteria from causing a UTI?” The acupuncturist told me it would help strengthen my urinary tract area and boost my immune system.  I didn’t believe this could be true, but since I was going once a month for my back pain anyway, I might as well let her work on my lower abdominal area while I was there.

She started treatment on my lower abdomen in January of 2019 when I had my last UTI.  I literally have not had a full blown UTI since and it is now almost December! I still do feel a tiny bit of (urge to pee) symptoms, but nowhere near as often as I did prior to acupuncture.  I feel like I FINALLY have my life back and I finally have my sex life back (I’ve even loosened up a lot of my pre- and post-sex routines!). This is the longest I’ve ever gone without a full blown, acute UTI and I feel free again.

I guess acupuncture really can strengthen weak areas in your body—even your kidneys and bladder! She told me the constant antibiotics weren’t good for my body, but she understands this is the only thing that helps get rid of UTIs quickly. She said I would need to work on building my immunity back up, which I obviously have with her help!

She started treatment on my lower abdomen in January of 2019 when I had my last UTI. I literally have not had a full blown UTI since and it is now almost December!

I did have a random blood test done by my doctor about six months ago and she told me my white blood cell count was up (and I wasn’t sick at all with anything), so they wanted to test me again in a few months just in case. I mentioned it to my acupuncturist.  She seemed pleased and said it appears my body is working to build my immune system back up.  She said she could also tell my immune system was improving based on her assessments of my health. So that was kind of cool (unless it was a weird coincidence?).

Have I done anything else that I think may have helped my UTIs? No, nothing! I do exercise regularly, but I always have. I have not changed my diet in any way, and I admit I do kind of eat horribly. I love sugar and I hate vegetables! I tried D-mannose for about a year for my UTIs, but it never really helped me (but I also realise I didn’t have E. coli so of course it wouldn’t work). I don’t take supplements—I try to when I remember, but I hardly ever do. As for any medication I take regularly, only the birth control pill and I’ve been taking that since I was 18 years old.

My advice is to never give up

Something out there will work for you. Acupuncture was it for me! If that is something you would like to try, I would highly recommend you look for someone who is extremely busy and well known. I tried acupuncture with other people before and they weren’t nearly as good or helpful as my current one. My acupuncturist is fully booked for three months, so I always book five months in advance.  So, it’s a good idea to find someone who is impossible to book appointments with! That’s how you know they’re good. I live in Calgary, Alberta, Canada.  It’s a city with 1.3 million people and there are a TON of acupuncture clinics here, but barely any are as busy as the person I go to. Good luck, and I hope acupuncture works for you too! 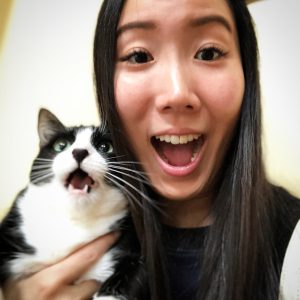 Pictured:  Naomi and her cat

My advice is to never give up. Something out there will work for you. Acupuncture was it for me!

A little about my acupuncturist:

My acupuncturist did a Masters degree in Microbiology prior to going to school for acupuncture—she’s a scientist. She said she would never choose a profession that wasn’t based on proven science and empirical research, which acupuncture is (I had no idea—I’m also a researcher). She is extremely knowledgeable and it blows my mind how much she knows about the human body.

My acupuncturist told me any good acupuncturist would be able to help anyone with UTI issues.  However, there are bad ones out there so be careful. In case you’re curious, here are her qualifications: She studied Traditional Chinese Medicine (TCM) at the International College of TCM in Victoria, Canada. She also has a certificate in HTT (Herbal Transdermal Therapy) in East-West Medical Society and the Canadian College of Acupuncture & Oriental Medicine.