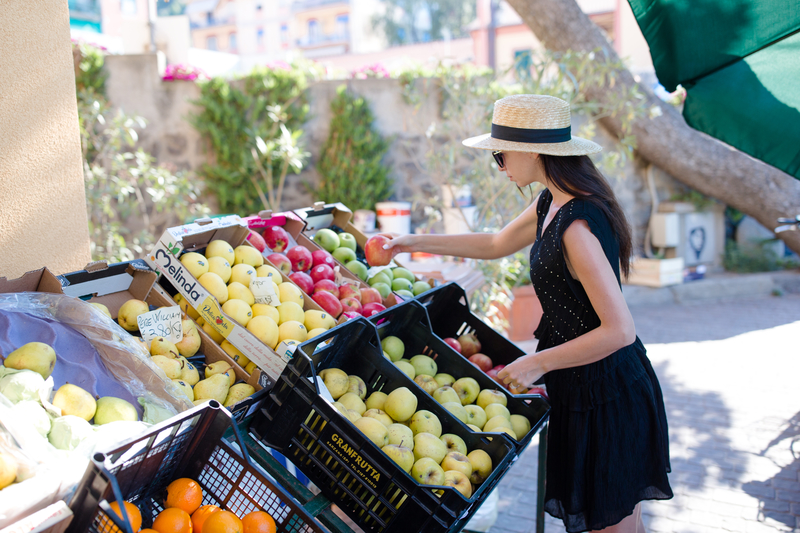 Olimpia is a young Italian woman who suffered constant bladder pain for 12 years after initially delaying treatment for an acute UTI.   Frustrated from years of being put through the mill by doctors and specialists who had little to offer, she embarked on a health experiment that radically changed her life and cured her bladder symptoms for good.  Now that she’s back living a happy and pain-free life, Olimpia established an online forum where she helps others who are following similar health regimens to heal their chronic bladder symptoms.

Olimpia’s nightmare began when she had her first urinary tract infection (UTI) at 17.  Experiencing typical acute UTI symptoms, she put off seeing the doctor for a week.  When she was eventually prescribed antibiotic treatment she did not fully respond.  By this time, follow up UTI tests reported she was clear of infection despite her on-going symptoms.

Her suffering went on for five years before she was finally referred to an urologist.  She was sent off for routine testing, which included a cystoscopy and a biopsy, and was diagnosed with Interstitial Cystitis (IC).  The urologists threw all their usual treatments at her—Omnic, Valium, Elmiron, Laroxyl, Pelvilen and Pelvilen Plus—but nothing was helping to calm her symptoms.  The only thing left to try was bladder instillations.  She knew from others that the success rate for this type of treatment was very low, and even aggravated symptoms in some.  She was concerned it could cause more damage and make her distressing predicament worse.

Olimpia eventually came across an oral supplement called Cystoprotek, which is formulated to promote bladder health.  This worked well to alleviate her symptoms of bladder burning, frequency, urgency and constant bladder pain that she had been living with for 12 years.  After four years of being on the supplement constantly, and being able to lead a normal life once again, she began to develop gut and irritable bowel symptoms.  She knew her new symptoms were linked to the supplement she had become so reliant on.   Olimpia was terrified to stop taking it because she knew from past attempts her symptoms soon returned.  After some sole searching, she accepted the supplement was only masking her symptoms and she needed to dig much deeper if she was to heal her bladder for good.

Olimpia set about researching online to find a more permanent cure.  She came across information from people who were healing long-term, chronic conditions by converting to a raw diet.  After living in so much pain for over a decade previously, she was prepared to try anything to get better.

She researched how to safely adopt a completely raw vegan diet.  She started out with very basic raw foods, such as fruit, vegetables, nuts, seeds and green juices for every meal.  She had stopped eating foods that were processed or packaged and anything that had been heated over 42˚C (107.6˚F).  She also avoided meats and anything containing gluten or dairy.   Her diet was strict, but it was simple. Everything she ate was raw and fresh.

During those first two weeks of the new diet she ended up in bed suffering increased bladder symptoms.  She also experienced other body symptoms as the toxins left her system.  Her frequency and urgency increased as she upped her water intake to help flush out the toxins.   To her surprise, her bladder pain and intense burning had gradually started to ease.  Whenever she ate anything that wasn’t 100 percent raw, sharp bladder pains would return.  She suspected she was slowly making progress and she became even more determined and committed to her plan.

It took about three months of simple, raw eating for her symptoms to completely vanish.  A few weeks after reaching this milestone, she felt confident her bladder had healed enough to try reintroducing cooked vegan foods.  She was now able to tolerate steamed vegetables, corn pasta and rice without the return of any bladder symptoms.

It took almost a year to transition to a regular vegan diet.  She now eats only good healthy foods like fruit, vegetables, corn pasta and occasionally white fish and chicken, but absolutely no gluten or any processed ‘junk’ foods.   The only supplement she takes is vitamin B12, because this can’t be sourced properly from a plant-based diet.  She also focuses on increasing proteins because she no longer consumes grains.

Over two and a half years after originally going raw, Olimpia feels amazing.  She has no bladder symptoms at all, which she owes to her early months of eating 100 percent raw foods and her now regular, healthy vegan diet.   She strongly believes introducing a raw alkaline diet helped re-boot her immune system and healed her bladder.

She understands the difficulties of committing to such a strict eating plan and she has had much opposition and negativity when attempting to share her story with others—even to the point of receiving personal abuse and being banned from one of the natural IC healing support forums.  She believes this fierce opposition is because quitting foods is likened to quitting a drug, and most people find this difficult to do.   In her experience, people who take on a raw diet will often quit after just a few weeks, claiming it hasn’t worked for them.  She wants people to realise it is not an ‘IC diet’ that you have to be on for the rest of your life to manage symptoms.  She says three to six months of true, 100 percent raw eating will significantly reduce internal inflammation and allow the body to heal itself.

Olimpia says after 12 years of suffering from terribly painful and debilitating bladder symptoms, she can now do whatever she likes.  And when she goes out she no longer has to worry about finding the closest toilet.  She says curing her bladder symptoms through her raw diet is the best thing that has ever happened to her, and she wants to share this with anyone who is interested.

You can learn more about how Olimpia’s cured her bladder symptoms by tuning into her Youtube updates: