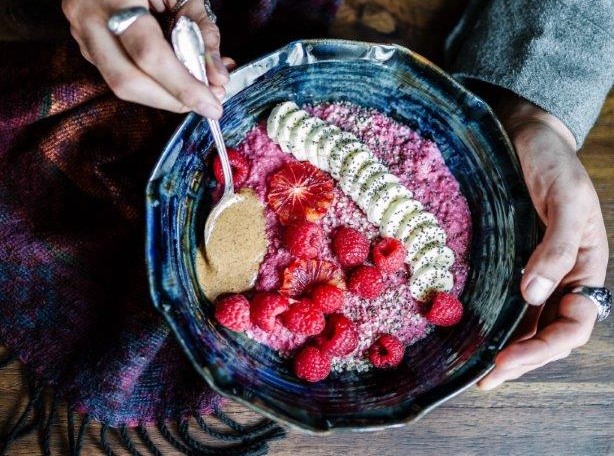 Life changed for this Australian woman when a simple, uncomplicated urinary tract infection (UTI) refused to go away. Relying solely on tests results, doctors were quick to disassociate her symptoms from the initial infection and diagnose her with interstitial cystitis (IC).  Following a post-operative course of antibiotics, Jenna had an unbelievable 14 year hiatus before her dreaded symptoms returned.  Realising doctors knew very little about her condition, she  decided she would find a way to get better.  Her ongoing research highlighted similarities between her ‘incurable’ condition and other chronic infections.  After plenty of reading and research, she decided to trial a treatment protocol used to target pathogens linked with several other conditions.  This unconventional, self-administered protocol quickly led to relief from her ongoing urinary symptoms.  In little over a year, Jenna was able to stop her treatment completely and remain symptom-free.  You can read more about Jenna’s experience here.

My problems started with a simple UTI on my 40th birthday

My UTI history isn’t overly extensive. I’d had few UTIs in my early 20s but with antibiotics they cleared up fairly quickly. I had no more UTI problems until 2000—on the day of my 40th birthday.

I remember having stabbing pains in my lower belly and funny twinges running up my vagina. The next day I was in a world of pain and the frequency and burning started. My usual GP had moved practice and was now about an hour and a half, and two buses, away. I needed immediate help, so I decided to see a new doctor from the old practice close by. He took some tests which did show an infection and prescribed antibiotics. I improved greatly, but two days after finishing the five-day course, my symptoms returned. I went back to see the doctor and he prescribed another round of antibiotics. The same thing happened—after finishing the second course, my symptoms returned within days. However, this time the new doctor didn’t believe me and sent me for a back x-ray instead.

With my UTI symptoms continuing, I held out for a week and then went for the x-ray just to prove him wrong. By now the infection was well established and my life was absolutely miserable. I had horrendous lower stomach pain, burning, constant peeing and back pain. I was working part-time, looking after two children and becoming really worried I would never get to the bottom of it. Finally, I got in to see my old doctor. He immediately did tests, prescribed antibiotics and referred me to an urologist.

Again, I improved a bit from the antibiotics I took while waiting for the urologist’s appointment. He was a really nice doctor and said he had a special interest in IC (interstitial cystitis). However, I would need a cystoscopy to confirm his suspicions of IC and to make sure I didn’t have bladder cancer! The doctor told me cystoscopies (with hydrodistension) often fix IC, or send people into remission, although he didn’t know why. He was to stretch my bladder and check the holding capacity.  The test showed I held one litre, which he said was excellent. I also had pin spot bleeding, which was enough for him to diagnose IC.

The cystoscopy and hydrodistension was done under general anaesthetic and I felt better afterwards. However, the next day I woke up with bladder symptoms again. The urologist immediately prescribed antibiotics. The antibiotics (and the cystoscopy/hydrodistension) had finally worked and I was good for the next 14 years.

According to this doctor, IC commonly hit women between the ages of 40-49 and it would 'burn itself out'. I now know this to be very wrong information!

In about 2014 my bladder symptoms started slowly coming back. I didn’t go for any testing as I didn’t want go back on antibiotics because I suspected they had ruined my gut health. Because I had been doing a lot of work on my overall health, I decided this time I was going to deal with this as naturally as I could. I had experienced a few other health issues and found the doctors and specialists I saw were not much use. They just wanted to prescribe pills without ever getting to the bottom of things. I decided I would start some research and find a way to get myself better.

Facebook had opened a lot of possibilities with so many different health groups where people shared their knowledge and experiences. On one forum I came across a chance comment suggesting IC was an infection. This grabbed my attention and led me to a UK-based Facebook group with members who were being treated for chronic UTIs by Professor James Malone-Lee and another doctor. This was my introduction to the world of biofilm infections and my first lightbulb moment. Suddenly, it all started to make sense.

To me, biofilm infection = Lyme disease. So, I started researching natural treatments for Lyme disease and co-infections.

The first thing I did was buy some cinnamon oil (people quote the best success using the Cassia leaf) as it is supposed to kill the Lyme bacteria. I diluted this with olive oil and worked my way up to the maximum dose.  After continuing for several months I felt a lot better, but not cured.

I also went on a low oxalate diet, as I thought it was quite possible the antibiotics I had taken so far had wiped out the oxalobacter formigenes the body needs to convert oxalates in food.  To check my oxalate status, I sent a urine sample to the United States, but the test was inconclusive. (It turns out it’s not ideal to send a sample in the summertime as the urine degrades when not refrigerated.)  After being on the low oxalate diet I felt a little better, but this wasn’t the complete answer either.

In the meantime, I managed my symptoms the best I could using a combination of D-mannose, Aloe Vera, Hiprex, Femdopholis, Colloidal Silver and Uva Ursi . I also avoided foods that normally flared my symptoms, like lemon, chocolate (sugar) and caffeine.

I researched and started on a new treatment protocol

It was another chance comment that led me to the Mold and Morgellons Support Protocol group. This group uses an animal dewormer, Red Reishi and Mag 07 (a magnesium-based compound) as part of their treatment protocol. It’s a pretty simple and inexpensive protocol and they have added iodine into the mix now. The dewormer is marketed as anti-parasitic but it is anti-bacterial and anti-fungal as well. It is not natural but is considered very safe for humans and, unlike antibiotics, it doesn’t destroy harmless microbes. The owner of this group is scientifically-minded and does a lot of research. I sent him a urine sample and he found my urine full of sponges, coral and cyanobacteria. (I know sponges and coral sound weird but that exactly what they look like!)

At this point my symptoms had improved a little from the start. My bladder was so-so, I still had frequency, a bit of burning, smelly urine and lower stomach pain.

I admit it took a while to get my head around taking the anti-parasitic. It wasn’t readily available in Australia in the powdered form I was after, so I ended up ordering it locally in liquid form. From my first dose I felt improvement. Within a week I was feeling so much better. I knew I was finally onto something. My bottle lasted about nine months and I decided it was time to stop and see if I was cured. I lasted about four months and then my symptoms of lower stomach pain, twinges, burning and frequency started to return. An alternative anti-parasitic powder was available in the United States, but it was very expensive. I used it for a few months and then one became available in Australia in powder form (through the forum) and it was very cheap. I continued to use that for about five months with great results.

Currently I have been off the anti-parasitic protocol for about six months and my bladder is really good. If I happen to flare again in the future, I’m confident with returning to the protocol. I still have slight frequency at times, but I believe this could be a potassium issues with me. When I increase my potassium via food, my nightly toilet visits decrease.

Do I think I’m cured? No way—I see this as a work in progress. I don’t think we ever are fully cured because we are constantly exposed to germs/bacteria in the food we eat, in the air and water we drink. Mould can also be an issue in the homes we live in. Our partners could probably be infected and transmitting these infections via sex (I think in my case that could be true).

I also believe we need to work with our bodies and treat them holistically. We need to nourish ourselves with nutritional foods and wholefood supplements to give the good bacteria in our bodies a fighting chance. I can now eat and drink anything without causing bladder symptoms, but I am trying really hard to eat nutritiously to support overall good health. It really bothers me when I see suffering people on forums who continue to eat crap and hope for that ‘magic pill’ that will cure them.

My tips for you

I hope the information about my experience has been helpful to anyone out there diagnosed with ‘IC’ (which I think is a bacterial infection). For those interested in learning more about my personal experience, please contact this website and they can put us in touch.   You can also join the Mold and Morgellons Support Protocol Facebook group for more information about the treatment protocol I used.