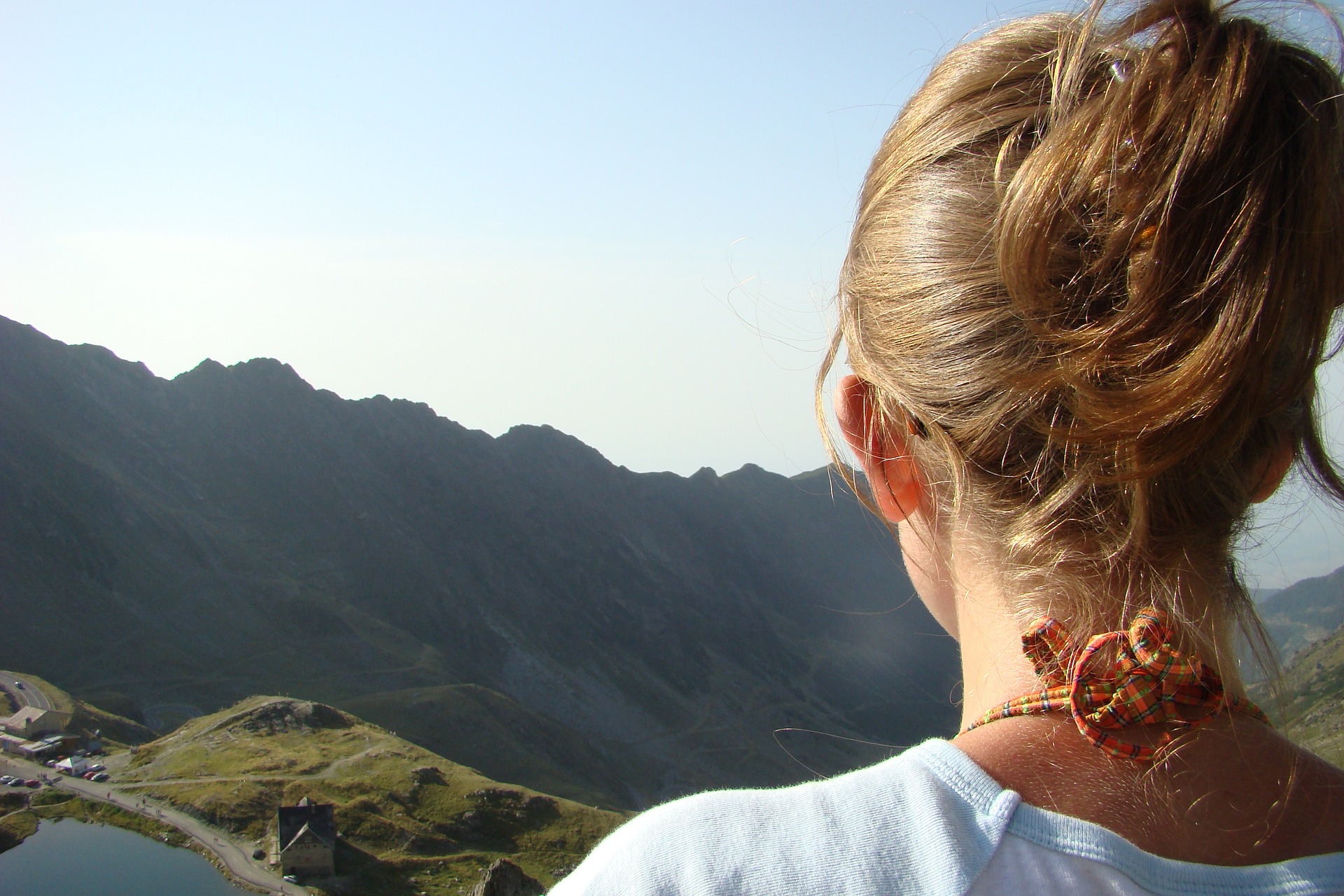 The following blog entry is a patient story from an Australian woman with a five year history of recurrent UTIs that turned into a diagnosis of ‘irritable bladder’ and ‘interstitial cystitis’. In desperation, she took matters into her own hands and cured her chronic UTI naturally through improving her overall health,  balancing her hormones and taking natural anti-microbials.  Her personal journey has resulted in a research project collecting information from women who have managed, treated and cured their recurrent UTIs.  She has now developed a website designed to share this valuable information which she hopes will help educate and empower other women.

When I first started documenting this story, I was still in the middle of my fight. I was still seeing doctor after doctor, trying to get answers. Getting disheartened, but also frustrated and defiant.

It was the first time I had had true personal insight into chronic illness that makes everyday life very difficult. All up, my ordeal lasted around 5 years. I now know this is short compared to many women out there who have suffered from chronic bladder infections for so many more.

I’ve been interviewing women about their experiences for the last few years, so as I think back on my own story, I have conversations with them swirling around my head. Each conversation provided another piece of this puzzle that is a largely overlooked global issue.

My story started when I was 23. Out of the blue I got my first UTI. It wasn’t the kind that starts mild and escalates, it was the kind that resulted in bloody urine within an hour of the onset of my symptoms.

An after hours doctor arrived at my house, already out of patience, but with plenty of patronising things to say. He questioned whether it was actually my period that had turned my sample red. I had already assured him I was not menstruating, but I kept my cool, took the antibiotics and spent the next few hours on the toilet wondering if people actually lived through this type of pain.

The antibiotics did what they were supposed to do. My infection was gone and I didn’t even think about UTIs for another nine years.

The second time happened much like the first, but this time I was months into a very stressful period of my life – relationship and business-wise. Knowing I could get antibiotics to fix it, I didn’t think too much of it.

It cleared up and I continued trying to sort my life out. About a month later it hit me again. At that time I thought I was just really unlucky to get another UTI so quickly. I put it down to stress. I took more antibiotics and it went away.  I wasn’t concerned that my urine wasn’t tested and I didn’t question the recommendation to take another course of antibiotics.

Then a series of UTIs with very unfortunate timing began:

I spent way too much time in airport medical centres and London hospital emergency departments.

In between the flare ups I would break into sweats at random times, and feel constant urgency to urinate. I had started carrying antibiotics with me everywhere, in case I got an acute infection on a plane, or in a remote area again.

Throughout my bouts of UTI I had moved from Melbourne, to Greece, then on to Berlin, with some time in London. I had seen doctors in three countries, and had held out hope for each new set of antibiotics. Maybe I had just been stressed. Maybe this new antibiotic will fix it. Maybe if I take two different kinds, or take them for longer. Maybe then it will work. Let’s not even get into how much research I was doing.

After three years I was in almost constant pain of some type. I had acute episodes every 3-6 weeks, which for me meant urinating blood. It was clear my bladder was injured and it could not heal itself. I would have flare ups after intense exercise, after sex, while flying, after a poor night’s sleep, if I didn’t drink enough water, if I did drink enough water, if my jeans were too tight, if I bicycled for long periods of time. It didn’t leave me with much time to have a life. And in between flare ups I was constantly online, looking for answers – of which there were very few.

In between acute episodes I was left with the constant sensation that I was on the brink of another UTI. I was seeing three different doctors, desperately trying to find answers. They were all compassionate, in that they wanted to help, but they all didn’t know how to.

My doctors requested tests for different pathogens. They listened to my concerns, but at that time I wasn’t aware of just how inadequate UTI testing is. Neither were they.  So when test after test came back negative for infection, but with signs of raised white blood cells and epithelial cells, they would go so far as to notify me of that, but not recommend a course of action.

Towards the end of my third year of UTIs I hit the point of no return. Instead of periods of low level symptoms interspersed with acute symptoms, my symptoms plateaued somewhere between fever-inducing pain and excruciating urgency. And there they stayed.

I have to admit, at this point I panicked. I was already struggling to maintain some semblance of a normal life, and it had just become near impossible.

Another round of tests showed no infection. If it wasn’t so terrifying, I would have thought it was funny. There I was, peeing blood, with a fever, with white blood cells in my urine every single day, and being told I didn’t have an infection.

The last straw was being given the diagnosis of irritable bladder or interstitial cystitis. This diagnosis didn’t come with a set of instructions, just a very resigned tone of voice that clearly conveyed the idea that this was a potential life sentence.  I didn’t even ask for more information. I could tell that accepting that diagnosis after four years of trying to find answers, would be giving up on myself.

I knew my body was strong, it just needed the right support. I knew there had to be a better way.  So with the help of one of my doctors who believed I may have had an overall imbalance that was making it very difficult for my bladder to heal, I started addressing each and every aspect of my health.

I had already drastically changed my diet. I had gone from vegetarianism to veganism, and stopped eating any processed sugar. On top of that I switched all grains to seeds and watched my intake of alcohol and caffeine, which was already low.  Digestive issues that had plagued me for nearly 20 years began to ease. I felt better almost everywhere, except where it really counted.

Not only were the chronic UTIs no better, but I also had chronic candida infections from the frequent antibiotic use. On top of that, my hormones were all over the place. I had become sensitive to everything.

So I made what seemed to be a scary decision at the time – I stopped taking the contraceptive pill. It was scary because I had been on the pill for a long time, to counteract menorrhagia. The pill had once saved me from severe anemia and it was my security blanket. But I took the leap. By then I had figured out there was a link between hormones, the vaginal microbiome and susceptibility to UTI. So I didn’t feel I had much choice.

I also stopped taking antibiotics. On one hand, this was equally as terrifying as I didn’t have any alternative treatment options, but on the other, antibiotics were no longer relieving my symptoms and seemed to be making everything worse.

The changes in my diet had a huge impact on my cycle and after six months pill-free, it was more regular than it had ever been. My body was beginning to heal in many ways, but it was obvious the infection in my bladder was going to need a more aggressive approach.

Today I am well versed in the existence of chronic bladder infections caused by biofilms embedded in the bladder wall. When I compare the science to the symptoms I had then, everything matches up.  Though at the time I was running on instinct and knowledge of my own body. I knew I had an underlying infection that would not clear up on its own.

Research led me to develop an intense regimen of strong herbal antifungals and antibacterials, alternated with specific strains of oral and vaginal probiotics. My aim was to hit the chronic bladder infection hard, while promoting a more balanced microbiome in all areas of my body.

I chose products based on studies I could find, but a fair amount of extrapolation and trial and error was needed on my part. I was willing to try anything by then, and I had already tested many products on myself.

Fortunately, I had enough knowledge to develop a supplement program that worked. Within a few weeks the most severe symptoms started to subside. Although UTI dipstick tests are inaccurate, I had found them useful to monitor white blood cells in my urine. So I continued to do this throughout my treatment.

Where my samples had once shown very raised levels of white blood cells every day, I was now seeing a reduction in this level. I was encouraged. I was still terrified it wouldn’t work, but I was out of options so I persevered.

Three months into my treatment my symptoms were at such a low level that I sometimes had whole hours where I didn’t think about my bladder. That was a milestone in itself.  I had started going hiking without worrying about dehydration, or carrying a potential treatment. The fact that I would sometimes forget to carry water with me was unbelievable after four years of fear.

Around six months into treatment I had a sudden flare up, with all the familiar low level symptoms. I increased my dosages for a week and the symptoms once again subsided.

Since the start of my new treatment regimen I had been running a counter to keep track of how many days I had been UTI free. I hit the one year mark and celebrated just by feeling healthy.  At the start of my treatment, I never expected I wouldn’t have to restart the counter, but I didn’t. I’m more than 500 days UTI free now, and on the days when I remember what I went through, I’m very grateful to be where I am.

Now I have a small team of women working with me to learn more about the experiences of people with chronic UTI, and we’re sharing what we’ve found on our website.  In the near future we aim to step up our research efforts and work with groups like Chronic UTI Australia and BladderAction UK to achieve better UTI data, testing and treatment.