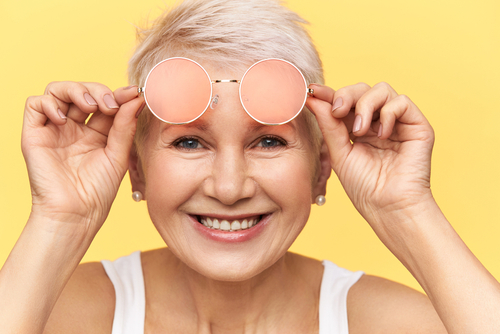 Diane started to get recurrent UTIs several years after surgery for urinary incontinence using transvaginal tape (TVT).  The surgery was successful but for a time she needed a catheter to empty her bladder.  After a routine colonoscopy and stopping hormone replacement therapy (HRT), a tsunami of UTIs soon followed.  After completing a short course of antibiotics, her infection returned without fail.  This happened time and again and she was having UTIs monthly.  She learned about chronic UTI through an online support group and asked her urologist to trial her with an evidence-based treatment protocol for chronic UTI used in the United Kingdom.  With continuous, full dose antibiotics for six months, she is thrilled to report she has been UTI and symptom free for two years.  Read more about Diane’s story here.


I live in Victoria, Australia.  Bear with me as this is a long story.  My journey may have started in 2006 when I had a TVT (Transvaginal Tape/sling) operation for urinary stress incontinence.  It worked like magic although I did have a few issues with sometimes not being able to empty and had to use a catheter occasionally at first.  I always passed urine slowly after this but it was worth it to be able to cough and run etc without leaking.  After migrating to Australia from the United Kingdom in 2008, my GP was not happy that I was still on hormone replacement therapy (HRT), but I was very happy with HRT after having had a full hysterectomy in 1995.  I eventually stopped HRT in 2012 with no apparent side effects.

My UTIs started in 2012 after having a colonoscopy, and now on reflection also after stopping HRT patches.  I’m sure those of you who have had a colonoscopy know all about the preparation.  A couple of week afterwards, having felt unwell for about 10 days, I suddenly passed blood in my wee. This was only the second UTI I had had in my life and I am in my late 60s.  I had no usual burning symptoms (dysuria) that come with a UTI. My GP was shocked that it came on badly with no real warning.  I had a week of Keflex which seemed to do the trick.  But a month later I had another UTI, this time I had the usual warning signs of burning when passing urine etc.  I had Keflex again and four weeks after that I had another UTI.  My GP was convinced that I had erosion from the TVT tape and sent me for a bladder and vaginal ultrasound.  They only found that my right kidney has two ureters which apparently is of no consequence and no other issues were found.

I had lots of UTIs that year.  Often two to three in a three-month period.  I always felt as though I had a UTI although I tested negative sometimes.  I did not have the very bad UTI pain that some of you have, but I did have the usual pain going to the toilet, unlike the first UTI after my colonoscopy.  I had lots of frequency especially in the mornings where I felt as though I needed to pass urine every half an hour which I still have.  I also started leaking urine, not stress incontinence this time.  Antibiotics usually did the trick with the UTIs although I often had to have 10 days of treatment.  Sometimes I managed to go a couple of months without a UTI.

I had lots of UTIs that year. Often two to three in a three-month period. I always felt as though I had a UTI although I tested negative sometimes.

In 2013 I was referred to a urologist and had a cystoscopy. I had my urethra stretched and a bladder wash out and was put on a prophylactic dose of antibiotics.  But I still had breakthrough UTIs. The urologist wanted me on a low dose continuously but luckily my GP said, “it’s not his bladder” and was not keen for me to go down this route.  I was also taking Hiprex and treated mainly with short courses of Keflex, but within a few weeks of stopping the antibiotic my symptoms would be back.  In 2014 I had another bladder ultrasound.  I always felt as though I had a UTI.  I always wanted to go the bathroom and then would struggle to pass urine and still I was leaking a little all day, but not at night.  In 2016 I had another cystoscopy and bladder wash out.  Nothing unusual was found so I was prescribed daily low dose Keflex again.

In 2017 it suddenly occurred to me that this had all happened shortly after stopping my HRT (Estraderm) which I had been on for 17 years, plus the colonoscopy.  I’m not sure if it was a coincidence but I had also developed painful and disfiguring arthritis in my fingers. My GP was very against me going back on HRT as a trial for my arthritis—my grandmother had died of breast cancer and I had also had a few cysts in my breasts many years ago. The Alfred Hospital had been doing trials with HRT and arthritis.  She agreed to put me on topical HRT, which I felt did not help at all.  I had watched how much pain my mother was in for the last 30 years of her life with arthritis so I was keen to try and stop it progressing.  But there was no way my GP was going to put me back on HRT.  When I next saw my urologist, I asked him if HRT might help my UTIs and he agreed and put me back on the Estraderm 25MX patches, which is the lowest dose.  After going back on HRT, within three days the pain and swelling and lumps and bumps on my fingers started to get better which was wonderful.  In 10 days I was completely pain free and some of the nodules on my fingers were disappearing.  When I needed to renew my prescription, I was very anxious about asking my GP, but she was more than happy to give me another prescription!

Discovering chronic UTI was a condition

I didn’t notice any difference in my UTIs but at least I felt as though one problem was getting resolved.  In 2018 I heard about the Chronic and Recurrent UTI Chat Group (Australia and New Zealand) online support group and after yet another ultrasound of my bladder and kidneys, I had learned enough about chronic UTIs to suspect this was my problem.  So, after sharing information about the chronic UTI treatment protocol used in Professor Malone-Lee’s London clinic, my urologist agreed to trial me on the treatment protocol of full-dose long term antibiotics.  He was not keen at first but agreed to trial the treatment for three months, plus Hiprex.  He tried me on trimethoprim 300mg but this affected my HRT and the pain and swelling in my fingers returned almost immediately.  He changed me to Keflex, which I tolerate well.  He was not keen to do this, but he had read the information from Professor Malone-Lee’s research and said he would give it a try.  After three months I stopped the treatment and stayed infection free for two months, and then the UTI’s came back.  I was prescribed Keflex 500mg once a day plus Hiprex.  My urologist said they were unable to prescribe a full dose again for an extended period, so to get round this I was told to double the dose.  I was concerned that 1,000mg a day was less than the protocol recommended and would not be enough, but I stayed on this dose for five months.  I am always UTI free while on antibiotics except when taking the prophylactic dose.  After stopping the Keflex I stayed on Hiprex plus I also take a good liquid vitamin C daily, which is recommended to help boost the performance of Hiprex.

I have now been clear of symptoms and UTIs for 24 months. Whether the HRT is also helping my UTIs I do not know but is has helped my arthritis tremendously.  I have a week’s worth of Keflex on standby just in case I get a UTI over the weekend just to give me time to get to my GP.  My GP has agreed to treat me with long-term full dose Keflex if I get another UTI.

I know my UTI symptoms were not as bad as a lot of others experience, but hopefully my experience will give encouragement to some of you.  I will keep my fingers crossed.  I am so grateful to the online support group for pointing me in the right direction, and hopefully teaching my GP and urologist something they did not know about UTIs.