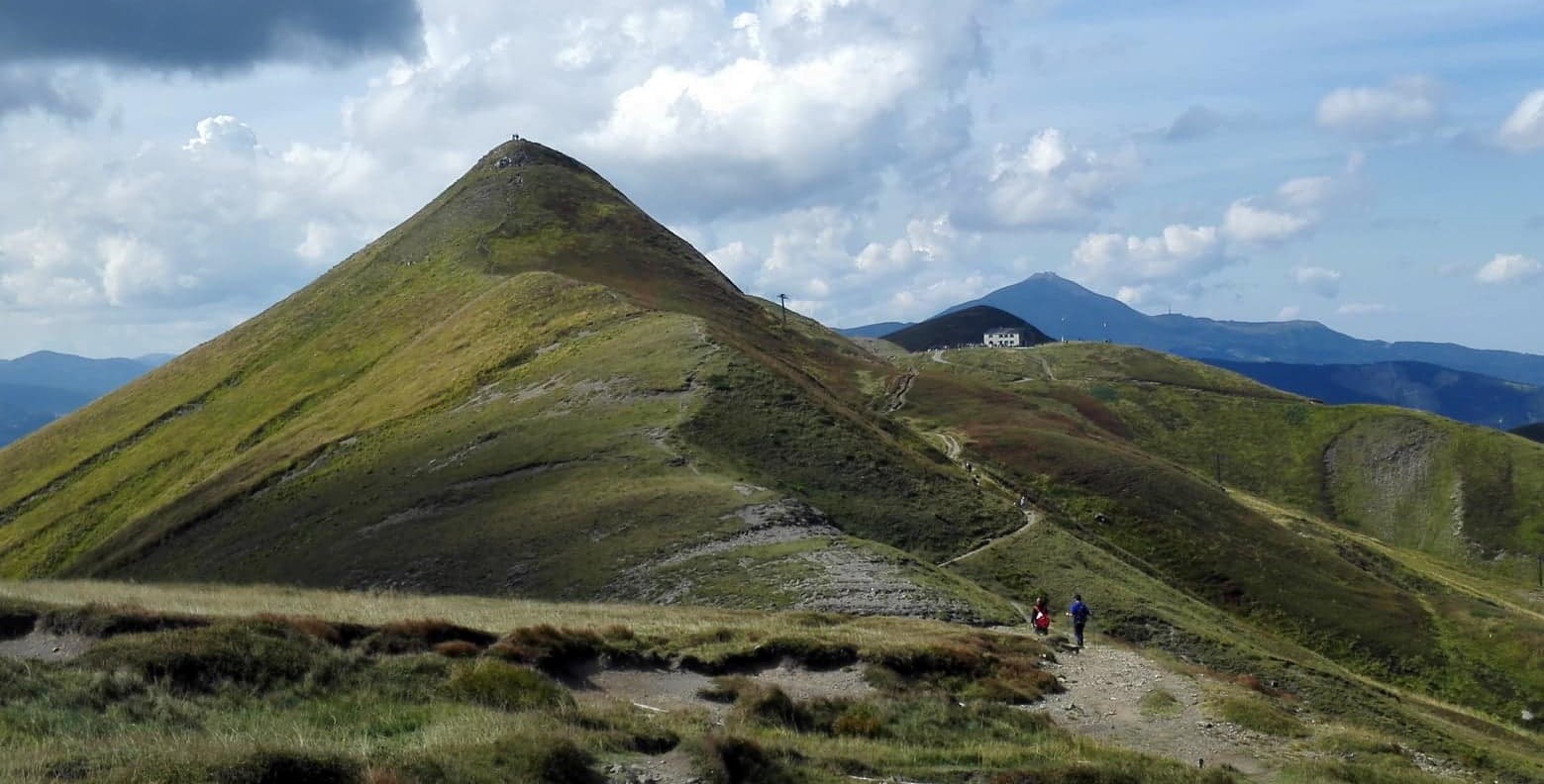 Jenny is a young Italian woman who was suddenly struck with a streptococcus infection causing acute bladder and vaginal pain and burning.  Despite being treated, and tests confirming the infection had cleared, her symptoms worsened and her health was in decline.  After a year she was diagnosed with vulvodynia and fibromyalgia and prescribed a treatment that took the edge off her symptoms.  Feeling despair and let down by standard medical treatments that left her still extremely unwell, she turned to a dietician who introduced her to a natural approach to healing systemic body inflammation and strengthen the immune system.   A year on, Jenny no longer suffers her dreadful symptoms and is back to leading a normal life.  You can read more about Jenny’s experience here.

It started with a confirmed strep infection that progressively got worse

My symptoms started in 2014 with an abundant vaginal discharge and burning bladder, as if I had cystitis continuously. I did a vaginal swab and found streptococcus, so the doctor gave me an antibiotic (penicillin).  The antibiotic caused me a strong allergic reaction (for the first time in my life), so I stopped the treatment. Before I could take another type of antibiotic, I had to do allergy tests.

After some months, another swab showed the streptococcus was gone—but the symptoms were still the same, if not worse. At the same time a tinnitus appeared, and I had frequent muscular pains and paraesthesia in different parts of my body. I was 27 and I was in a very bad way.

For a year I consulted many specialists: several general practitioners, gynaecologists, an endocrinologist, an allergist and an ENT for tinnitus but nobody understood what I had, and no medicine took effect. I was very scared.  Since my symptoms affected different parts of the body, I thought I had something serious that the doctors could not identify. Besides, I felt unlucky because while my friends were going out and having fun, I had trouble wearing jeans for an afternoon. Working was difficult, but I did not want to be absent. Apart from rare cases, it was also complicated to talk about these kinds of problems, especially since not even the doctors understood what I had.

I was 27 and I was in a very bad way. For a year I consulted many specialists: several general practitioners, gynaecologists, an endocrinologist, an allergist and an ENT for tinnitus but nobody understood what I had, and no medicine took effect. I was very scared, since my symptoms affected different parts of the body, I thought I had something serious that the doctors could not identify.

It took a year to be diagnosed with vulvodynia and fibromyalgia

After a year of personal research on the subject, I had the suspicion that it could be vulvodynia.  So, I booked a visit with a doctor specialising in neurology and urology. The doctor confirmed my suspicion and diagnosed me with vulvodynia (which causes vaginal and bladder problems) and fibromyalgia (which causes tinnitus, muscle aches and paraesthesia). More precisely, he explained to me that vulvodynia caused me a strong contraction of the pelvic floor, which leads to the bladder tenesmus (ie the false sensation of cystitis).

Having finally received a diagnosis, I then started the therapy consisting of medicines (a muscle relaxant and a tricyclic antidepressant that I immediately suspended because it gave me mental confusion), injections of vitamin b12 and a food supplement for the functionality of the nervous tissue. Moreover, I did rehabilitation of the pelvic floor for a year. The therapy brought an improvement over the acute phase: the vulval burning was slightly decreased, and I no longer had the sensation of cystitis every day (now only for one or two weeks a month, before and after my menstrual cycle). However, I was still sick. The specialist was talking about chronic symptoms, suggesting this was not completely curable. After a year of therapy, I still had bladder/vulval pain and burning, and sex was painful and almost impossible.

At that point I passed from despair to resignation and I thought I had no more hope of returning to a normal girl. Then, fortunately, a friend of mine, who had solved some health problems by following a vegan diet, recommended me a vegan dietician in my city.

Given the situation, the same dietician advised me to start a vegan and gluten-free diet to fight the spreading inflammation. She gave me a series of tips: chew a lot, eat slowly, eat raw vegetables before cooked ones, do not mix different types of fruit, avoid pre-cooked foods, choose seasonal vegetables, etc. Following these tips and eating lots of fruits and vegetables, I saw the first improvements after a month: muscular pains and paraesthesia caused by fibromyalgia completely disappeared, I had less and less vulval burning and having sex gradually became less painful.

Changing all my eating habits was not easy and I had to re-learn to cook with different ingredients. However, despair gave me the strength to learn and change, and the first positive results motivated me a lot. Following the diet, in a typical day, for breakfast I eat fruit or drink a cappuccino with soy and decaffeinated coffee with a vegan brioche. For lunch I eat a mixed salad with seeds and nuts, followed by a vegan burger or a sandwich with chickpea hummus. For dinner I express all my creativity in the kitchen preparing, for example, gluten-free pasta, risotto, quiches, omelettes without eggs and with vegetables, vegan and gluten-free pizza, vegetable and bean soups, fried vegetables and so on. When I want something sweet, I indulge in some dark chocolate or make a vegan cake. In general, I try to eat a lot of vegetables every day, raw and cooked, some cereals and legumes and I try to cook almost everything at home, avoiding pre-cooked and industrial foods.

Given the situation, the same dietician advised me to start a vegan and gluten-free diet to fight the spreading inflammation. Following these tips and eating lots of fruits and vegetables, I saw the first improvements after a month.

A year of eating well saw my symptoms virtually gone (but there were more surprises!)

After a year of following the new diet, I was practically healed: my menstrual cycle was regularised, the symptoms of vulvodynia and fibromyalgia disappeared, including my bladder burning and vaginal discharge (unfortunately, the tinnitus remained and I still have it now).

Since I became a vegan, my existing allergy to grasses has been greatly reduced, the asthma that took me in the spring has disappeared completely and I do not have an erythema that appeared when I was a child. Also, thanks to this diet, I almost never have the most common health problems like headaches and colds. My immune system has undoubtedly strengthened and, thanks to this, now I do not need any medicines.

Today, after more than two years, I am still vegan and I try to avoid gluten. My diet is not as rigid as it was at the beginning: I do not eat meat or fish, but sometimes I succumb to temptation and I eat foods with gluten or containing dairy products. I noticed, however, that when I “eat badly” for a while, I get a little bladder burning and I have menstrual delays, so I try to listen to my body and find the right balance between the necessities of life (little time, gluttony, difficulty in finding the right foods outside the home) and the strict diet.

Now, I feel almost normal. Compared to what the doctors expected, this is incredible. Consequently, I would like to advise all those suffering from chronic diseases to try to change your nutrition. Eating like me, even just for a period, has no contraindications and could lead to benefits.

[To learn more from others about diet for healing similar chronic bladder/pelvic conditions, you can request to join the Rawly Facebook Chat Group.  Posts are made in English and Italian.]