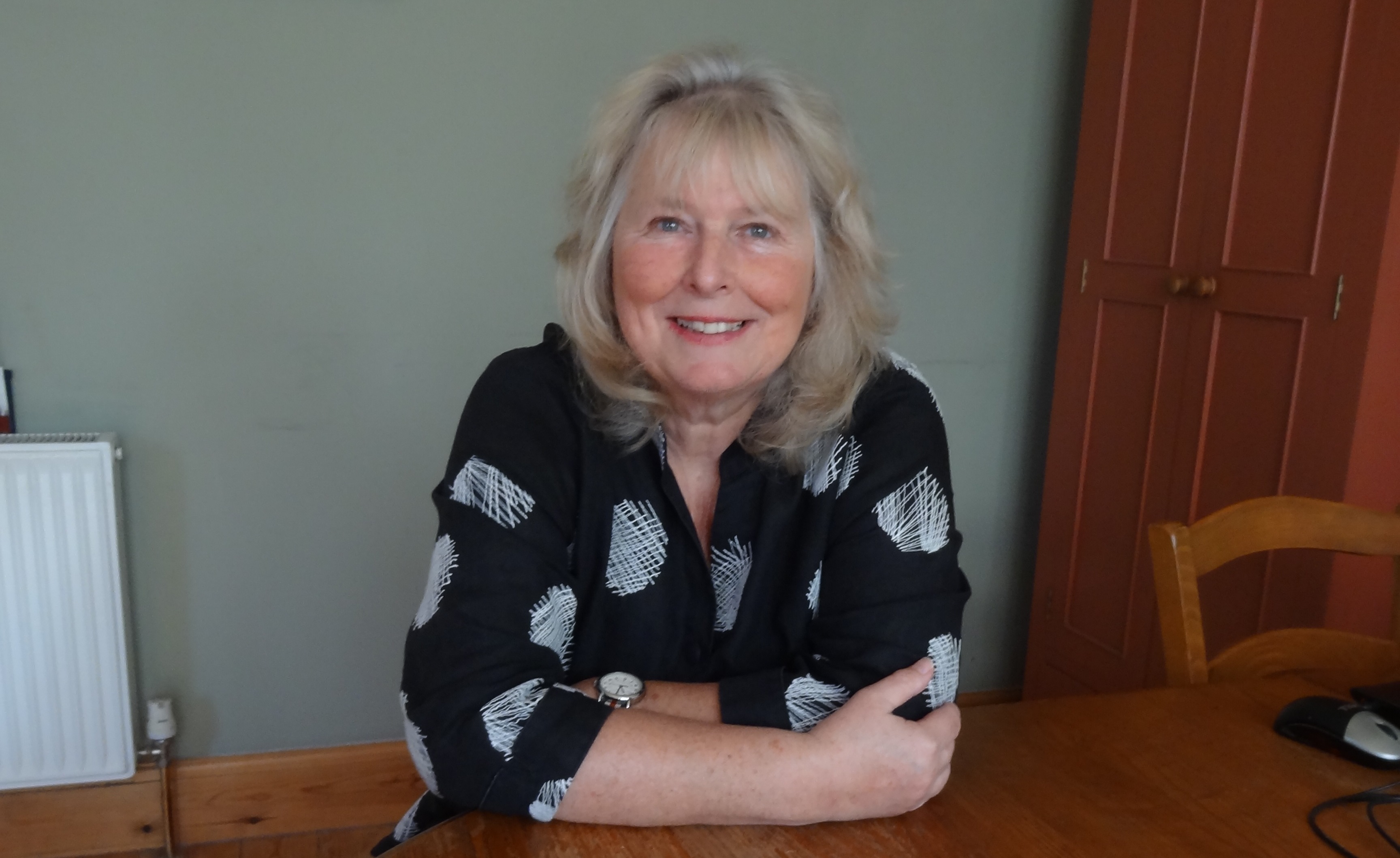 Jill began experiencing recurrent UTIs when she was 60.  Despite receiving standard antibiotic treatment for these acute attacks, the frequency of her infections soon increased, along with alarming lab findings of growing antibiotic resistances.  After suffering severe gut problems from candida overgrowth, and with labs now consistently finding a resistant ESBL-producing E coli (ESBL-EC), she turned to Traditional Chinese Medicine (TCM) and completely turned her life around.   Jill has been free from recurrent UTIs for three years and has now turned her attention to lobbying for change.  In 2016 she established a campaign group, BladderAction UK.  The group is putting pressure on the UK government and relevant authorities to address current failures in the medical system, and to introduce better UTI testing and treatment protocols in the UK.   Here is Jill’s story.

My recurrent UTIs started after turning 60

Ten years ago, a few months after turning 60, I began getting recurrent UTIs with around three or four months between attacks.  Antibiotics always managed to clear the infection.  Microbiology invariably reported a growth of E. coli.

As time went on the period between attacks decreased and my GP referred me to a urologist.  Various urological investigations found nothing abnormal and for treatment I was offered a prophylactic nightly antibiotic for a maximum period of three months.  This worked reasonably well, but during the ‘medically’ advised breaks the UTIs returned within weeks.

My infections grew more and more persistent with periods between attacks becoming as little as three weeks. Antibiotics were not always effective and it would often require more than one round to get things under control. My GP and I both felt that bacteria were likely embedded in my bladder cells in an intermittent quiescent state.  In other words these episodes were not new infections, but ‘escapees’ from a bacterial reservoir deep within the bladder wall.  It’s well known these days that E. coli can form an impenetrable niche (biofilm) where they are safe from immune and chemical attack. Alarmingly, lab reports were finding increased antibiotic resistance. The drug choice was diminishing rapidly.

Repeat courses of antibiotics cause a systemic candida overgrowth

I then started to have very severe gut pain and was referred to a gastrologist for investigation.  I could hardly eat.  An endoscopy revealed gastritis.  My morale sank as I tried to cope with two extremely painful chronic conditions.

I saw an environmental doctor who diagnosed a candida overgrowth (likely a result of all the antibiotics).  It took one and a half years of a strict medical and dietary regime to knock this new infection out.  However the recurrent UTIs continued and microbiology was now reporting an ESBL  infection – a superbug resistant to most antibiotics.  My only oral option was Nitrofurantoin and it didn’t work.   I was completely stymied and very frightened.  Urology had exhausted all investigative avenues and finding nothing amiss signed me off as untreatable.

My infections grew more and more persistent with periods between attacks becoming as little as three weeks. Antibiotics were not always effective and it would often require more than one round to get things under control.

During this time I read and read and came across a few blogs from similarly affected women in the US who were experiencing relief taking Chinese herbs.  By chance a Chinese doctor had started privately treating patients at my local GP practice in north London (UK) and I made an appointment.  This was December 2011. My new doctor qualified in traditional Chinese (TCM) and Western medicine at Shanghai University and had been practicing for many years.   She prescribed a blend of at least 12 herbs that were tailored weekly.   At each visit she noted my tongue, and my pulses before the acupuncture.   I found the latter extremely effective in reducing the pain of a burning bladder.

During 2012 I had many bouts of confirmed UTIs.  Every time I had an attack my doctor upped the antimicrobial herbs, which were effective within three days.   My symptoms were constant but manageable; the bacteria seemed to be weakening as my body strengthened and it felt as though the inflammation and damage from countless attacks of UTI were slowly healing.  By the end of that year my doctor risked reducing the amount of killer herbs and thankfully  I held my own.  I had gone a whole year without antibiotics!

I continued this weekly treatment and in time more and more days became pain-free.  From time to time I would flare, with a positive dipstick test, so my GP felt justified in requesting a urine test. These tests continued consistently to grow e-coli, for which I was given antibiotics but didn’t take them.  To my surprise,  each test showed that the various resistances had disappeared, including, finally, the ESBL infection.  The ever lurking E. coli had now become sensitive to the full spectrum of common UTI antibiotics.  Throughout 2013 I had no truly major UTIs, but was still bladder aware with slow flow and mild to medium urgency .

I’d read a lot about multi-bacterial infections so found a lab that could do a private broth culture, and this more sensitive test confirmed my suspicion that other bacteria were likely involved. Enterococcus grew as well as the usual E. coli. This lab simultaneously cultured using a standard National Health Service (NHS) test, which grew nothing.  I’ve since found out that the standard test misses 50 percent of genuine UTIs, and have seen plenty of studies that back this up.  Health authorities are well aware of this but, in spite of the growing evidence, continue to advise against antibiotic treatment if tests show negative; even in the face of overwhelming symptoms.

During 2012 I had many bouts of confirmed UTIs. Every time I had an attack my doctor upped the antimicrobial herbs, which were effective within three days. My symptoms were constant but manageable; the bacteria seemed to be weakening as my body strengthened and it felt as though the inflammation and damage from countless attacks of UTI were slowly healing.

The Chinese herbs and acupuncture was gradually working

Gradually my symptoms improved: urine  cleared, bladder capacity increased and  ‘latch-key urgency’ (the need to pee as soon as returning home)  became a thing of the past.  Only urine flow remained weak.

For the past three years I’ve been virtually symptom-free.  I’ve had a couple of uncomplicated UTIs for which I’ve taken two weeks of antibiotics.  Standard tests for these attacks are often negative now, in spite of urine having a classic cloudy appearance and odour of infection.   Fortunately my GP, by this time, had become better informed on the inadequate NHS tests and has thus felt comfortable to prescribe antibiotics.

I continue to have weekly acupuncture and prescription Chinese herbs.   When I’m away, as well as herbs, I take Hiprex as a kind of fail safe.

These days I occasionally experience some random transient burning  which passes  very quickly, usually within an hour or so.  In the past this type of symptom  always heralded an acute UTI.  That I occasionally get these niggles makes me think it likely I still have an embedded infection, but the herbs and a stronger immune system are doing a good job now.

For the past three years I’ve been virtually symptom-free. I’ve had a couple of uncomplicated UTIs for which I’ve taken two weeks of antibiotics. Standard tests for these attacks are often negative now, in spite of urine having a classic cloudy appearance and odour of infection.

Incidentally the side effects of TCM can be very beneficial.  A life-long bad back hasn’t bothered me in years and aging rheumatic joints have improved no end.

When I began this treatment I was diagnosed with a hyperactive thyroid. The endocrinologist wanted to prescribe the standard treatment and warned that it might take some time to achieve the right balance.  I put her off and consulted  my Chinese doctor who warned me not to take the standard drugs as there are very effective herbs that can deal with this problem.    Six months later a re-test showed normal thyroid levels and they remain so to this day.  My endocrinologist was lost for words!

My treatment came in three phases

I look upon my treatment as in three phases, with acupuncture provoking an additional healing process through inflicting ‘mini injuries’ that stimulate blood flow to injured areas.

My doctor frequently modifies the lethal cocktail to confound the bacteria.  Occasionally they win, but thankfully not often.

Phase two was hard as the adjustments in prescription would occasionally flare my condition, but by then these attacks had become far less virulent and were generally short-lived.   It took me a while to accept the rationale here – I wanted the safety of the lethal concoction all the time.  Looking back though I know that this was short-term thinking and, to be healthy again, it was my own body that needed to work/strengthen and eliminate bacterial attacks.

In my opinion TCM requires loads of patience and a degree of faith.  In experienced hands it is a potent alternative to antibiotics.  I am now so profoundly glad that I stuck with it.

For anyone considering this treatment, I think it important to point out that in the UK practitioners of TCM are essentially unregulated, thus it is extremely important to check thoroughly that a practitioner is qualified.