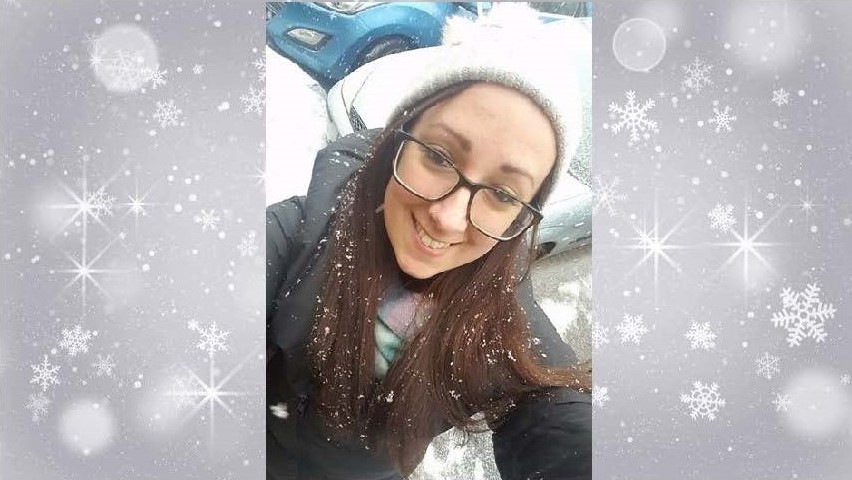 When Lauren got her third UTI, she never imagined it would be the beginning of a gruelling 18-month journey taking her from one side of the world to the other, and then back again. What looked to be a straight forward bladder infection, quickly spiralled into the most frightening and miserable experience of her life. As her symptoms rapidly declined, so did her mental health as she was subjected to rounds of tests and medical procedures to explain her symptoms.  After a lengthy process of elimination, Lauren was diagnosed in Australia with interstitial cystitis (IC) and started on a course of bladder instils. Refusing to accept this was her future, more research led her back to the United Kingdom.  The day after her arrival, she was finally diagnosed correctly with a chronic UTI and prescribed a treatment plan for the infection that had become embedded in her bladder wall. Ten months later, Lauren has her life back—she is virtually symptom free and feeling excited about completing her treatment in the coming months. You can read more about Lauren’s chronic UTI journey here.

My story started like so many others, with a bladder infection

My story will sound familiar to many of you chronic UTI warriors. I’m Australian, but have been living in the UK for over five years now. I adore Scotland, and feel lucky that I have the option of living and working in the UK – meaning I have easy access to Professor Malone Lee, without whom, I don’t know where I would be.

It all started in August 2016. I don’t have a history of UTIs, in fact before 2016 I’d only ever had two others. I called my GP and she prescribed me three days of trimethoprim, which seemed to work. Ten days later, some of my symptoms returned.  Not all of them, I wasn’t having any burning on urination, but I was needing to go hourly and my bladder felt heavy and irritated.

This feeling didn’t leave me for almost a year, and got much, much worse.

For the next eight weeks, I was back and forth to the GP.  The GP kept telling me the infection mustn’t have cleared fully and continued to prescribe five or seven day courses of antibiotics. I always felt better on them, but never fully right. On my eighth visit, I was told they could no longer prescribe and there must be something else going on. I was referred to an urologist and my nightmare began.

Anyone who knows the NHS [National Health Service] knows that NOTHING happens quickly, I waited nearly 16 weeks for my first appointment with a urologist, 16 weeks without any medication, and 16 weeks where I continued to deteriorate. I was in pain most days, my mental health went into a downward spiral and I stopped eating or sleeping. When I finally did see the first urologist, he didn’t even examine me, didn’t lay a finger on me but told me he “didn’t think it was IC, probably a low level infection”, but he wouldn’t know until he did a cystoscopy. I never did see that particular urologist again, but my scheduled cystoscopy was another four week wait.

After my cystoscopy (which showed nothing, as expected) I waited another eight weeks for an MRI scan, as the urologist that did my procedure decided it must be endometriosis (as I’d mentioned my pain got worse around mid-cycle).

The GP kept telling me the infection mustn’t have cleared fully and continued to prescribe five or seven day courses of antibiotics. I always felt better on them, but never fully right.

Another eight weeks going downhill. By this point I could no longer go into the office, and was working from home most days.  I say “working”, I was logged into my laptop but couldn’t function enough to be effective in the job that I loved.

A friendly nurse I’d met on one of my many trips to A&E [Accident and Emergency Department] decided to keep a look out on my hospital file.  She called me with the result of my MRI weeks before the urologist was scheduled to get to it.  It showed nothing. At this point, I broke.

That very day I quit my job, I called my parents in Australia and I booked a one-way flight home.  After the flight from hell (I’m sure you can imagine, that flight is barely doable at full health), I collapsed back in my childhood bedroom and despaired at the thought that this was now my life.

My mum scheduled me an appointment to see a family GP.  He referred me to Dr Salwan Al-Salihi, the head of urogynaecology at the Royal Women’s Hospital in Melbourne. I saw him on a Thursday.  By Friday I was in theatre for a hydrodistension and laproscopy to rule out endometriosis and IC.  Unfortunately it ruled in “IC”.

So there it was, almost six months after it all started, I had a diagnosis of an incurable, chronic pain condition. And my world fell apart.

Dr Al-Salihi started me on a three month course of ilAuril instils, which actually did seem to help, although never stopped my symptoms completely. I’ll forever be grateful to Dr Al-Salihi, because he was the first consultant I’d come across who took a real interest in my pain, and who was genuinely caring and lovely. I was lucky to go straight down the instil route, as most people have to try ‘managing’ their IC in different ways before instils are even offered.

That very day I quit my job, I called my parents in Australia and I booked a one-way flight home. After the flight from hell (I’m sure you can imagine, that flight is barely doable at full health), I collapsed back in my childhood bedroom and despaired at the thought that this was now my life.

At some point during all of this I joined an IC support group on Facebook, a UK one, as it seemed there were more active online communities in the UK. That’s when I first saw mention of ‘The Prof’.

I spent weeks researching and chatting to others who had seen him (some of whom I’m now lucky enough to call my friends), and decided that I was coming back to the UK. What did I have to lose? I may as well rule chronic infection out, for my peace of mind. I booked an appointment.

I spent a few weeks making sure I was in as fit a state as possible to travel.  I ate and slept, I had my instils, took my pain meds and had loads of acupuncture.

On June 6, I arrived in London, expecting to be back on a plane to Melbourne within a few days. On June 7 (at 6pm, yes! I remember) I saw Professor Malone-Lee for the first time. What a lovely man he is, quirky, and a wee bit eccentric (aren’t all of the great minds, though?). I was diagnosed with a chronic infection and started on his treatment plan.

Of course, no one wants to be on full-dose, long-term antibiotics, but I didn’t see any other option.

Within a month, after I added in Hiprex, I was starting to see an improvement in symptoms. At the four month mark I switched onto trimethoprim, from nitrofurantoin, as my cell counts had increased. This is where I started to really feel better.

I’m now at month 10 of my treatment. I have been recovering for as long as I was ill, and I spend the majority of my days completely symptom free. I can eat and drink almost anything (I’m still quite careful with tomatoes and coffee), I pee on average four times a day, and I can now completely forget I even have a bladder most of the time.

Before treatment my symptoms were generally pain related. Not so much frequency (although at my worse I was probably going twice as much as normal, eight to nine times a day and once at night), or urgency. I had a constant feeling of bladder pressure, that escalated to burning and stabbing pain. I was on both amitriptyline and vesicare.

I now have the odd ‘bad day’, where I have some heightened bladder awareness for a few hours at a time.  It is nothing like the bad days before, in fact my bad days now would be milder than my good days in December 2016. I am now only on the antibiotics and Hiprex, no pain or OAB [over active bladder] medications at all.

My treatment story isn’t typical.  It can take many, many months to see improvements in symptoms, and many changes of treatment regime before the right combination is found.

Where am I at now?

At my most recent appointment my epithelial cells were finally out in force, which means my immune system is now kicking right in and  shedding lots of infected cells, while the medication mops up the active bacteria.  My treatment plan is for me to stay on the antibiotics and Hiprex until my next appointment in August, and then hopefully I’ll be able to drop the antibiotics completely.

I finally feel like myself again. I am back in my beloved Edinburgh, I am working again (in an even better job than before), I am going out with my friends, drinking, socialising and generally living my life! So, even if I’m not at double zeros [no white blood cells and no epithelial cells seen by microscopy of an immediately fresh urine sample], I don’t mind continuing on my treatment plan for as long as it takes.  It’s worth it to feel this good! I will never ever take my health or life for granted again.

The medical world seems to be slowly waking up to the world of microbiomes, infections and the need for better treatment options, for all kinds of conditions. I am hopeful that, through the work of “crazy” doctors and scientists like Professor Malone-Lee and Professor Barry Marshall and their teams, we’ll soon have the answers for IC, and better diagnosis and treatment options for UTIs.

In the meantime, whatever your treatment or management plan, don’t give up hope!

I finally feel like myself again. I am back in my beloved Edinburgh, I am working again (in an even better job than before), I am going out with my friends, drinking, socialising and generally living my life!