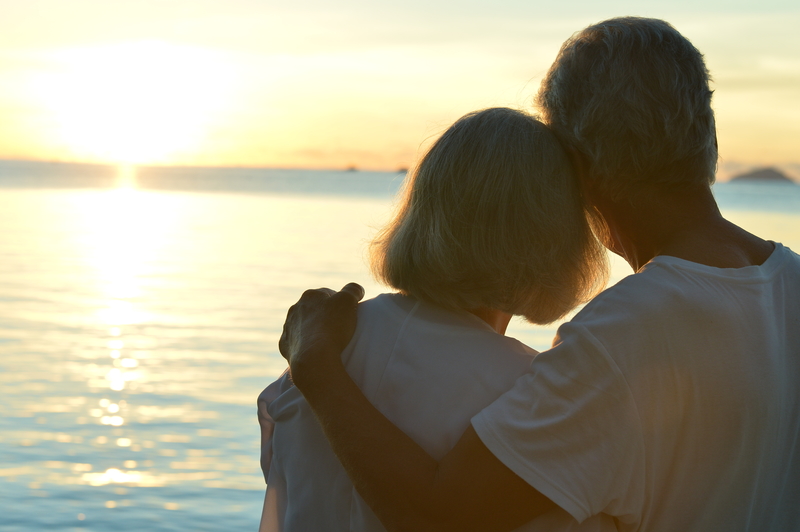 After suffering from recurrent UTIs for 60 years, getting through each day had become unbearable for Wendy.  Her recurrent UTIs had become so unmanageable, she was living in constant pain with urinary symptoms that had her visiting the toilet up to 50 times a day.  Along with countless short-course and prophylactic antibiotics, she was offered treatments such as urethral stretches to help manage her symptoms.  Wendy was eventually diagnosed with interstitial cystitis/painful bladder syndrome (IC/PBS) and told she would have to learn to live with her painful symptoms.  By now, she was battling an ongoing cycle of vaginal thrush and living on pain killers to get through each day.  By chance, she stumbled across a UTI specialist who was experienced in treating chronic infections.  Within months of starting treatment, she was surprised to find herself symptom-free and once again participating in a life she thought she had lost.  Wendy’s swift recovery allowed her to return to her beloved lawn bowling competition and she is now competing at a County level.   Find out more about Wendy’s inspiring story here.

When my life felt like it had come to a complete stop in 2016, I knew I had to do something about my recurrent UTIs. I was 68 and in so much pain I could no longer function. I was sometimes going to the toilet 40 or 50 times night and day! It was horrendous.

Up until then I had a busy life playing lawn green bowls, but I was no longer able to make the commitment as I never knew when I would be ill. I was suffering from a long list of problems, including urgency, frequency, bladder pain and spasms, burning, a thrushy feeling, swollen genital area, feeling very sore and heavy almost like everything was falling out and sharp shooting pains. It often felt like my bladder was holding a gallon but only a dribble came out. I often had pain at the beginning of urination and sometimes at the end. I could often be desperate to go, but unable to. Basically, I was a mess!

I was often at the doctor with what I was sure was a UTI, but the tests were so often negative. I have since seen those tests and I often had counts of 50-60 white blood cells (leucocytes), but they still said I had no UTI.  I went through a lot of doctors and incontinence nurses who were all kind, but basically they did not have a clue how to help me.

My problems started when I was eight and had my first UTI. I was told to drink barley water. The UTIs continued throughout my school life. I had a letter for the school so that I could go to the bathroom whenever I needed to. When I was 16, I contracted Rheumatic Fever and was put on a low-dose antibiotic for four years. During that time, I had no UTIs. Obviously due to the antibiotics.

I was suffering from a long list of problems, including urgency, frequency, bladder pain and spasms, burning, a thrushy feeling, swollen genital area, feeling very sore and heavy almost like everything was falling out and sharp shooting pains. It often felt like my bladder was holding a gallon but only a dribble came out.

I was married at 20 and then had 18 months of continual UTIs, every three or four weeks. I had a cystoscopy and a urethral stretch to no avail. At one point the infection went into my kidneys and I was very ill with pyelonephritis. It was 1969 and the doctor said he had tried every antibiotic available at that time.  If the next course of antibiotics did not work, he did not know what to do. They must have worked because I am here today!

I realised that sex was a trigger so avoided it as much as I could. This does not make for a very successful relationship. I did manage to have two very healthy sons. As I always suffered with thrush after taking antibiotics, I started to treat myself with the cystitis sachets from the chemists. I generally had a UTI three or four times a year, but I thought that was normal.

I met my new partner when I was 42.  And yes, you’ve guessed it, the UTIs and the thrush returned, with a vengeance. For two years it was a complete nightmare.

In those days you could only get Canesten for thrush with a prescription.  For a while the doctors would not prescribe until they had sent off a swab and/or urine sample and got the results. But after several bouts of thrush, they did give me a prescription whenever I rang up. I went on a yeast-free diet. I tried every treatment suggested to me … and there were quite a few. Some, involving yoghurt, were very messy.  Eventually my body recovered, but I have no idea which treatment was the effective one.

For the next 20 years, I continued to have UTIs three or four times a year, but I managed to live with that. Then in 2011, it all started in earnest. The cystitis sachets no longer worked. My doctor put me on a prophylactic course of antibiotics for a year and I remained symptom free in that time. But of course, the UTIs returned once the antibiotics stopped.

I had urgency and frequency and was sent to see the incontinence nurse (what a name).  She put me on oxybutynin, but that gave me retention.

I was eventually sent to a urologist who was lovely and caring, but unfortunately for me, ineffective. He put me on an acid-free diet, gave me 25 mg amitriptyline, 10,000 mg of cranberry tablets and 6-8 glasses of water per day! I was told I had painful bladder syndrome/interstitial cystitis (PBS/IC), and there was no cure. I had to go home and learn to live with it! He had also diagnosed me with a prolapsed bowel, a prolapsed bladder and vaginal atrophy. He referred me to a colorectal surgeon who diagnosed a dysfunctional pelvic floor and a slow transit digestive system. I was referred to a pelvic floor therapist and a dietician. The dietician told me which vegetables not to eat and the pelvic floor therapist helped me to re-engage my pelvic floor. I was given Vagifem for vaginal atrophy.

I was told I had painful bladder syndrome/interstitial cystitis (PBS/IC), and there was no cure. I had to go home and learn to live with it! The doctor put me on an acid-free diet, gave me 25 mg amitriptyline, 10,000 mg of cranberry tablets and 6-8 glasses of water per day!

For six months or so the amitriptyline and the diet did seem to work. But then the effect wore off. My GP upped the amitriptyline to 35 and then 50 mg and also put me on gabapentin 300 mg x 3. This did not get rid of the pain, but it did help to control it somewhat so that I could function. Although I had to gradually increase the gabapentin to 600 mg per day. I still had bad days and never knew when they would hit.  Making plans and commitments had become impossible. I started making and drinking my own kefir (a probiotic drink) in an effort to help my digestive system.

I joined a Facebook group where I met a lot of lovely people all suffering the same, or similar, to me. It was comforting to know I was not alone, but sad to know we were all in the same boat. We were all ill with no treatment or cure!

Then I started to hear talk of Professor James Malone-Lee in London.  He treated his patients for infections that had become embedded in their bladders.  The treatment required long-term, full dose antibiotics to kill the bacteria once and for all. I asked my urologist about it, but he just laughed and said that was not what I had!

I started to do my own investigations online and read a lot of differing opinions on how to cure PBS/IC. I decided I was not going to learn to live with this, by now I was 69. I wanted the years that were left to be good ones. So, although I did not have a lot of money, I decided I would start with this Professor that others had raved about, just to rule out the ’embedded infection’ theory.

I made an appointment. I was shocked and stunned when the lovely Professor told me I had a serious infection. I had a white blood cell count of 84! I was stunned and speechless (and those who know me know that does not happen very often!).

Could this specialist really cure me?

“Can you cure her?” asked my husband! “Yes, of course” replied the Professor.  It did not seem real. I was put on a full dose of antibiotics and also Hiprex. I saw the Professor on 22nd June 2017, a day I will never forget. Within one month I was symptom and pain free. I started to reduce the nerve blockers. By 25th September I was taking no amitriptyline or gabapentin, I had no pain and was symptom free.  I was able to eat and drink all the foods and alcohol that I could not tolerate before. I also started bowling again and had my social life back.

I have now had 11 months almost completely pain and symptom free. I do have the occasional niggle and that is when I am shedding! But it is negligible. I am now back to my bowling life. I was part of a team that won a winter indoor league. I am now also bowling outdoors again and am even involved in a County game. I never thought I would be able to do these things again!

I was very lucky and had a very rapid recovery.  I know others are not as fortunate and have a very bumpy ride. I also know it could all change at any time,  so I have learnt to appreciate every day. My husband has also had serious health problems so we both enjoy life while we can. And we make the most of every good day!

I am still on antibiotics and am willing to take them for as long as it takes for me to be completely cured. I am also taking my probiotic drink, (kefir) and prebiotic (Apple Cider Vinegar in hot water with honey) every day.

My tips on finding help

–  Speak to lots of people.

–  We are not all the same and we do not necessarily all need the same treatment, nor do we all respond the same.

–  Join a Facebook group and get support, help and advice (do a Facebook search for UTI groups).