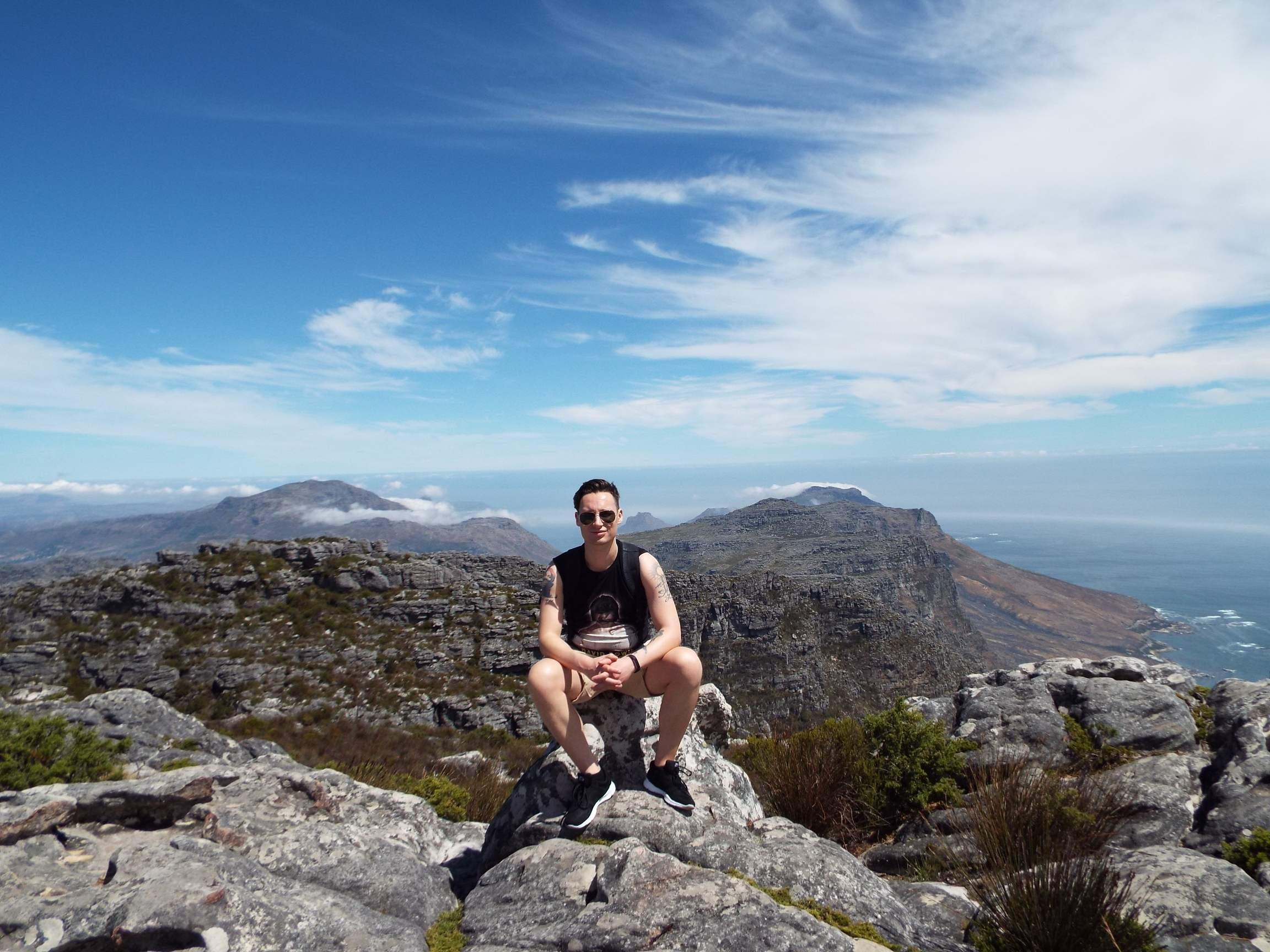 Mark’s bladder problems began when he was only four.  By the time he was a young adult, an anatomical cause had been identified and surgically corrected, resulting in a new lifestyle of daily self-catherisation.  This is when the constant UTIs began.  For the next 14 years, Mark suffered intermittent and back-to-back UTIs, some testing positive, others not.  He was treated with combinations of short-course and low-dose antibiotics, but his infection returned within days of completing each course.  In his late 30s, Mark’s infection spread and he knew more of the same short-course, low-dose antibiotic treatments would never release him from the ongoing cycle of pain and suffering.  He knew it was time to search for a doctor who was prepared to treat his embedded UTI differently.  Read more about Mark’s incredible journey.


My bladder problems started at the age of four when I began suffering from night-time incontinence.   Though having tried numerous medications, and even counselling, none of these interventions worked and I was always told “you’ll grow out of it” by many a medical professional.

At the age of 18, a urology nurse asked if spina bifida had ever been considered as the root cause of the problem.  Soon after, I was diagnosed with spina bifida, which as a result had caused my bladder to under develop.   Having been referred to a urologist at University College London in 2005, at the age of 25, I had a bladder augmentation.  Though having resolved my incontinence problems, I was left having to self-catheterise for the rest of my life.  This is when my issues of reoccurring UTIs began.

I need to catheterise on average six times a day, leaving me susceptible to UTIs.  So, since 2005 I have had my fair share.  To begin with, these were manageable and easily treated with antibiotics—usually a 7-day course. I would go from one extreme to the other.  I could go a whole year without any UTIs, or I could get one every couple of weeks.

In 2015, I ended up having a urethroplasty, as the constant infections had caused urethral strictures.  Also, the constant use of antibiotics over the previous 14 years has taken its strain on my gut, with bouts of irritable bowel syndrome (IBS) regularly occurring.   I have found reducing gluten and lactose in my diet, along with taking probiotics, aloe vera juice, l-glutamine supplement and, occasionally caprylic acid, has helped considerably with my IBS symptoms.

At the age of 25, I had a bladder augmentation. Though having resolved my incontinence problems, I was left having to self-catheterise for the rest of my life. This is when my issues of reoccurring UTIs began.

Doctors treated me with short-course and low-dose antibiotics, but the infections came right back

There have been times when I was showing all the regular symptoms of a UTI—disturbed sleep with vivid dreams, brain fog, lethargy, back ache and generally feeling unwell—only to be told the sample sent for analysis had come back negative.  Yet, I was so sure I had a UTI. Who knows their body better than anyone but yourself? On one of these occasions, when I was left untreated, I ended up in hospital with a kidney infection and sepsis.  All caused by an E. coli bug.

Following the kidney infection and sepsis in 2016, I went a whole year symptom free and then BAM the reoccurring UTIs started—all testing positive for E. coli.   I would be treated with a 7-day course of antibiotics (usually nitrofurantoin) but symptoms would return within a couple days of finishing the course, so then back to the antibiotics, and so on and so on.

My urologist prescribed me a 3-month course of Fosfomycin (one every 10 days), which left me UTI clear for two months, but then the infection returned.  I then returned to the 7-day courses of antibiotics.  But again, within days of finishing the course, the infection kept returning.

My urologist decided to put me on a prophylactic course of low dose nitrofurantoin for three months. Though it kept the infection at bay, within a few days of finishing the course, it came back.  After a 7-day full course, I was then put on a prophylactic course of low dose Cephalexin.  However, though the infection had appeared to be under control and not showing in my urine, the infection had spread to cause acute Epididymo-orchitis (an infection of the testicles).  My doctor prescribed two weeks of Ciprofloxacin to clear it before switching back to the low dose Cephalexin.

I would be treated with a 7-day course of antibiotics (usually nitrofurantoin) but symptoms would return within a couple days of finishing the course, so then back to the antibiotics, and so on and so on.

Over the years of constant battle against infection(s), and the symptoms associated, I have suffered with anxiety and depression.  At this point of reoccurring UTIs, my anxiety and depression had increased tenfold.  In my desperate quest to cure this disease, I decided to research medical professionals who specialise in lower UTIs.

Through searching the internet and finding support groups online, I came across a Professor Malone-Lee.   His methods appeared unconventional compared to all the other doctors and consultants, but I thought “what have I got to lose?!”.  Plus, a lot of UTI sufferers were singing his praises.   I made a private appointment to see him, and thankfully through a cancellation I was able to see him within a few days.

The Professor asked me about my history and the symptoms I had been showing.  He also checked a fresh urine sample under the microscope, which showed a high count of white blood cells (pyuria).   Based on his test and the symptoms I had been showing, he told me I had an embedded urinary infection.  He explained to me through diagrams what an embedded UTI was and how a long course of antibiotics and Hiprex is required to treat it.   This all made perfect sense and it was a great relief to finally speak to a consultant who understood what I was going through.   I came out of the appointment feeling confident I could now get this debilitating illness under control and hopefully cured!

Long-term antibiotic treatment has significantly improved my quality of life

I have been on the Professor’s treatment program for nine months now.  Though the long-term use of antibiotics has taken a bit of a toll, tiredness mainly, this is the best I have felt in years! I have had the odd flare, but this is to be expected and only lasts a few days.  Along with the antibiotics and Hiprex, I also take D-Mannose (once in the morning and once before bed) to help things along, particularly as it appears to be an E. coli bug causing the problems.

Hopefully there is an end in sight.  My white cell counts are considerably lower than when I first met the Professor.  However, my last count had raised slightly, which the Professor described as reaching a plateau.  My antibiotics have been increased in order to hopefully zap the embedded UTI once and for all.

I am so grateful for the Professor and his ‘unconventional’ methods, which have given me a large part of my life back.